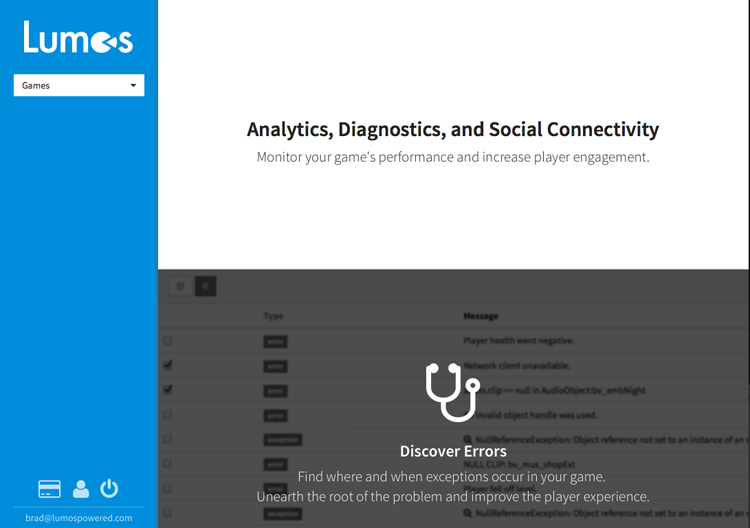 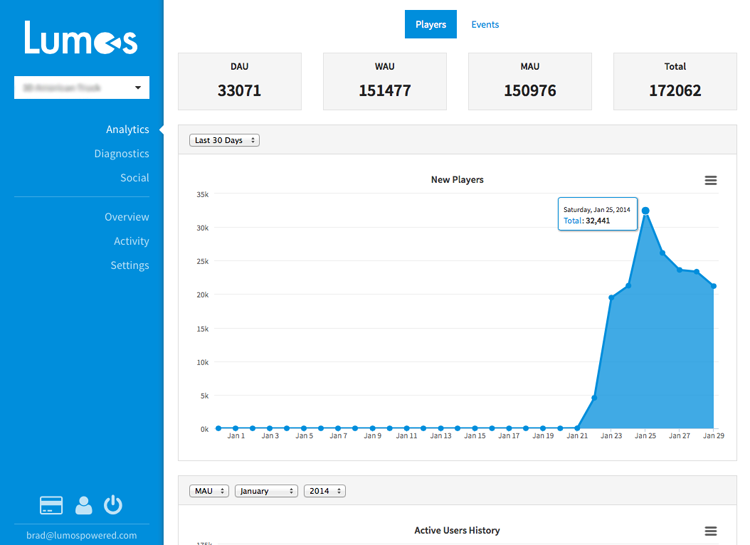 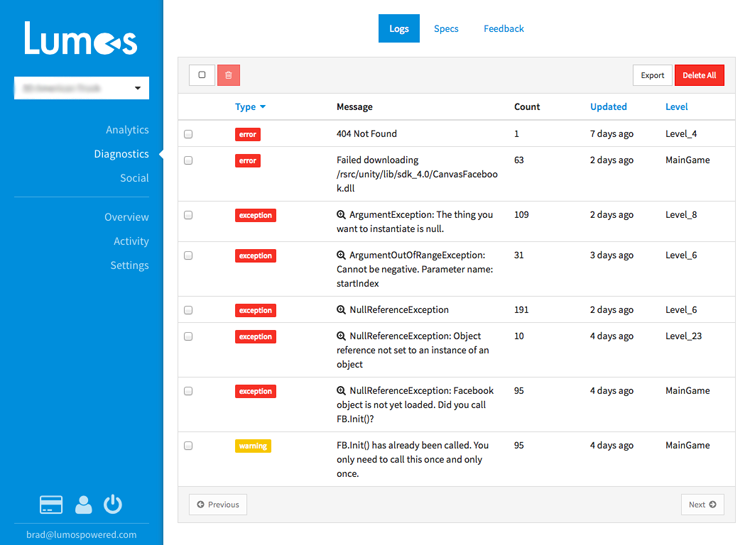 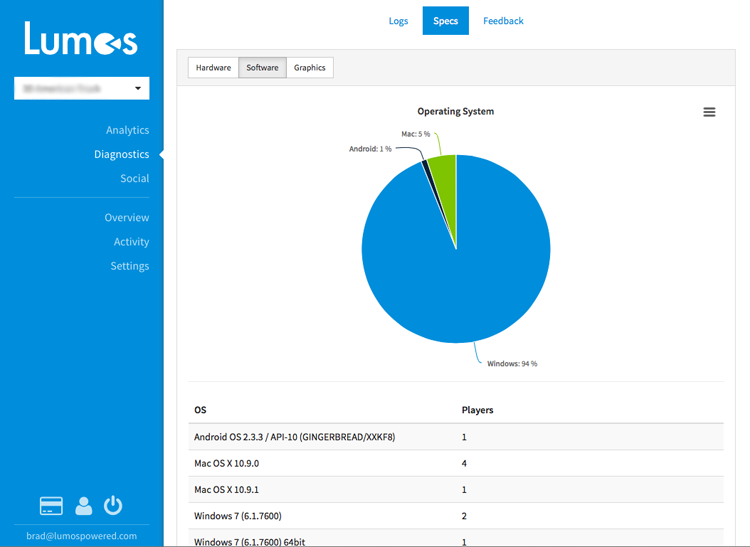 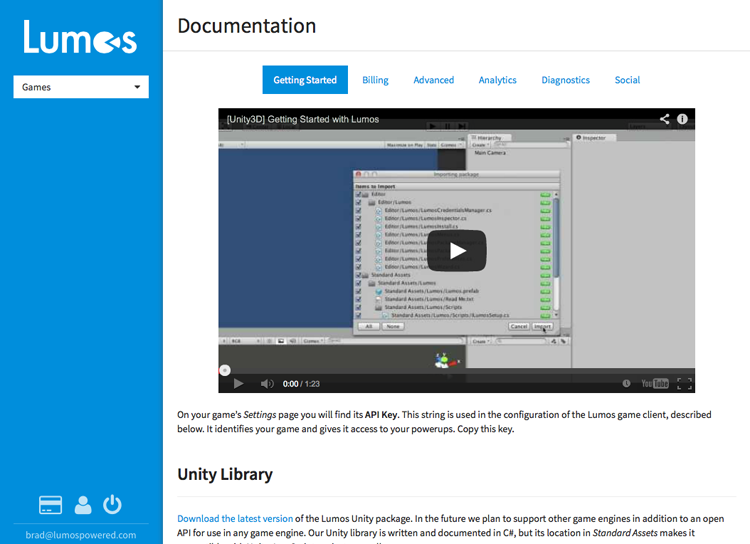 The 2nd major version of the Lumos Game Analytics platform. Built on an AWS stack, features included analytics, error tracking/diagnostics, and social functionality such as leaderboards and achievements.

The majority of my time was spent doing web development. We used a Tornado web server (Python) hosted on Amazon EC2, using DynamoDB for the majority of game data and MySQL for website related data. The front end website used Django templates, Bootstrap, AngularJS, Highcharts for visualizing data, and Stripe for payments.

Other responsibilities included creating the Lumos library for Unity, customer support, and accounting.

In early 2003 my business (Rebel Hippo Inc.) received an angel investment, allowing me to quit my day job and work on Lumos fulltime. Together with Matther Miner we worked out of the Velocity Garage in the Tannery Building in Kitchener, ON. The first half of 2013 was spent recreating Lumos in Amazon Web Services (AWS) and migrating our existing users and data from Google App Engine to our AWS stack.

We had been interviewed by Y-Combinator months earlier. In a dramatic end to the interview, where one judge came rushing out to keep asking us questions, we ultimately were not accepted. We understood why though, Lumos wasn't Y-Combinator level ambitious. So on our journey back to Ontario from California we discussed this a lot and came up with an idea. Lumos would allow 3rd party service providers to add their service to our site for more exposure and we'd help create a Unity plugin for them.

We went down this path and created the Lumos website in such a way that we could keep adding new services which developers could subscribe to piece-meal. As an example, we separated our Analytics and Diagnostics services, and created a fully functional social API which adhered to Unity's new (at the time) Social API. As far as we know, we were the only service available at the time which fully utilized this API. We also created a fairly robust package manager for Lumos services within the Unity editor. This allowed developers to import and update only the services they subscribed to.

The site was live and functioning by the end of 2013, but we were quickly running out of money to keep the lights on. From a combination of large competitors emerging in the game analytics scene and Unity enforcing service providers to pay a hefty fee to be listed in their Asset Store, things were not looking good. By Spring 2014 we knew we had to pivot and find an alternate revenue source. This led us to offering contract Unity development, which we still do today! Recently even Unity themselves launched their own analytics service. The Lumos website is no longer in service as of 2016.