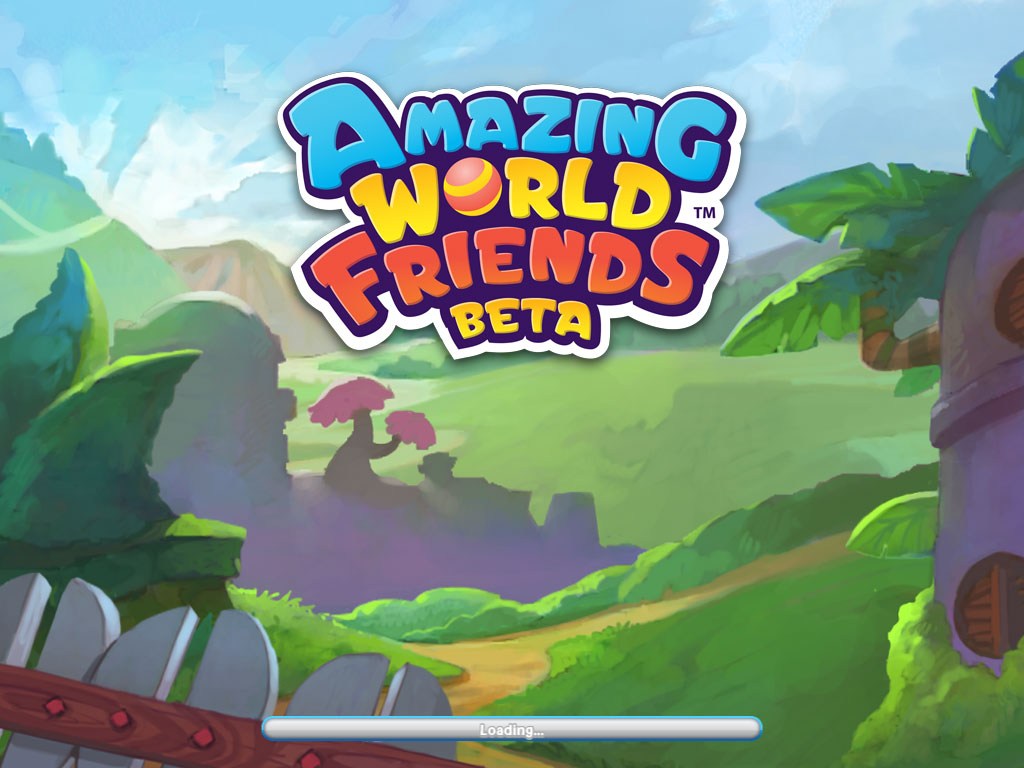 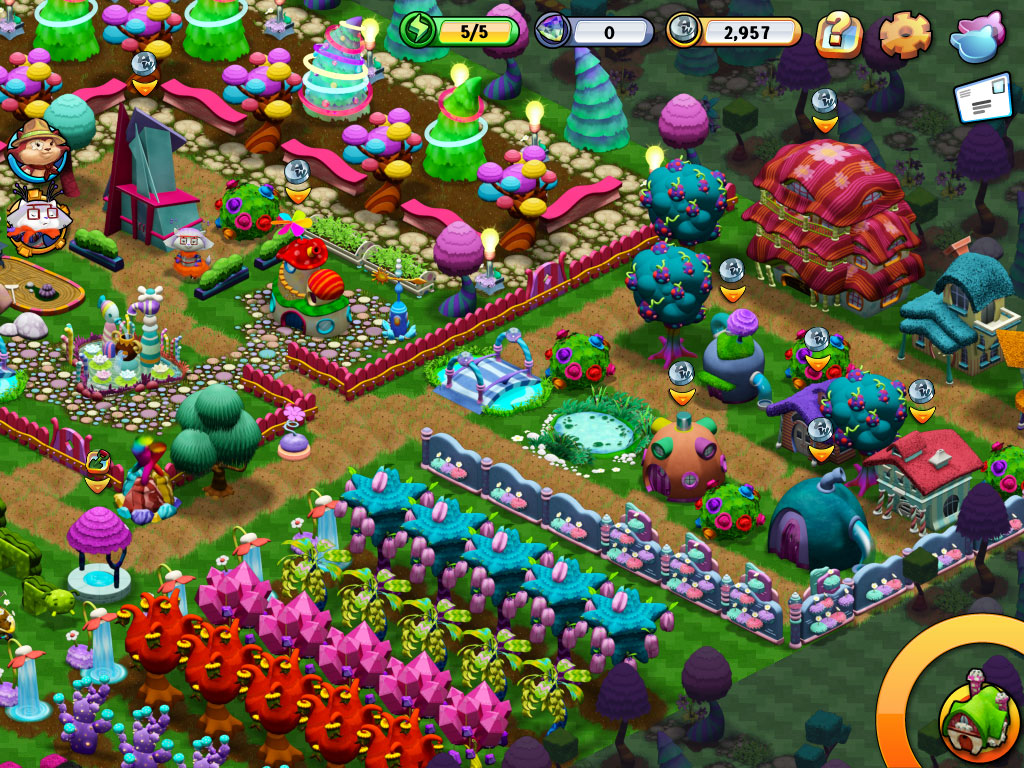 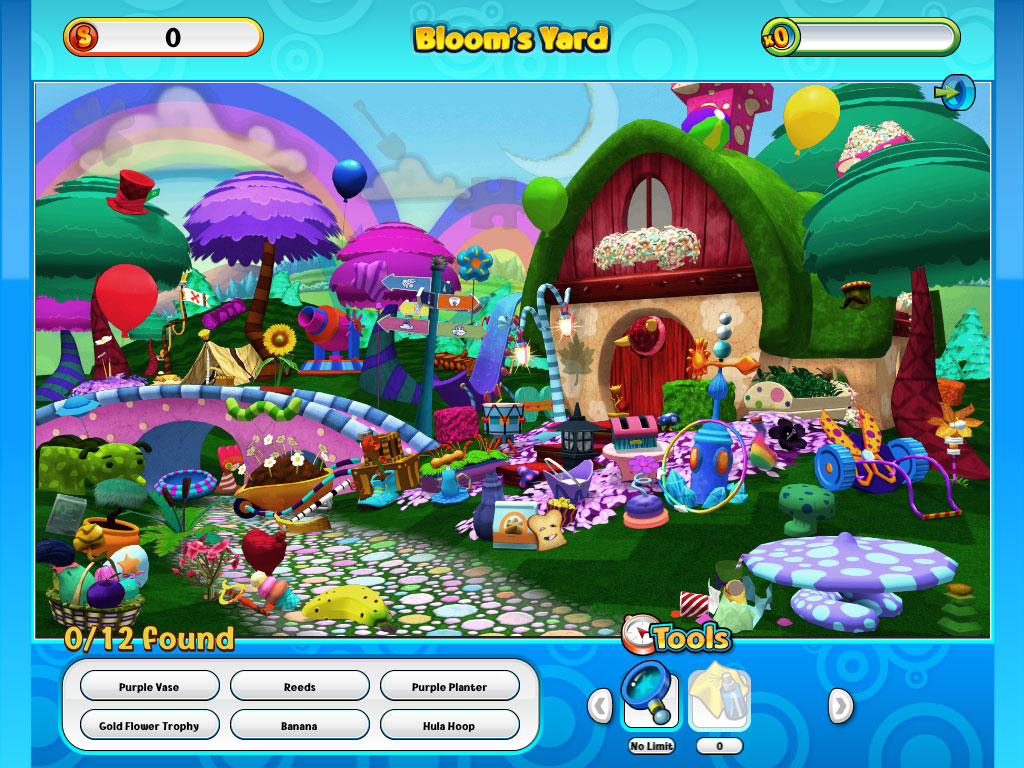 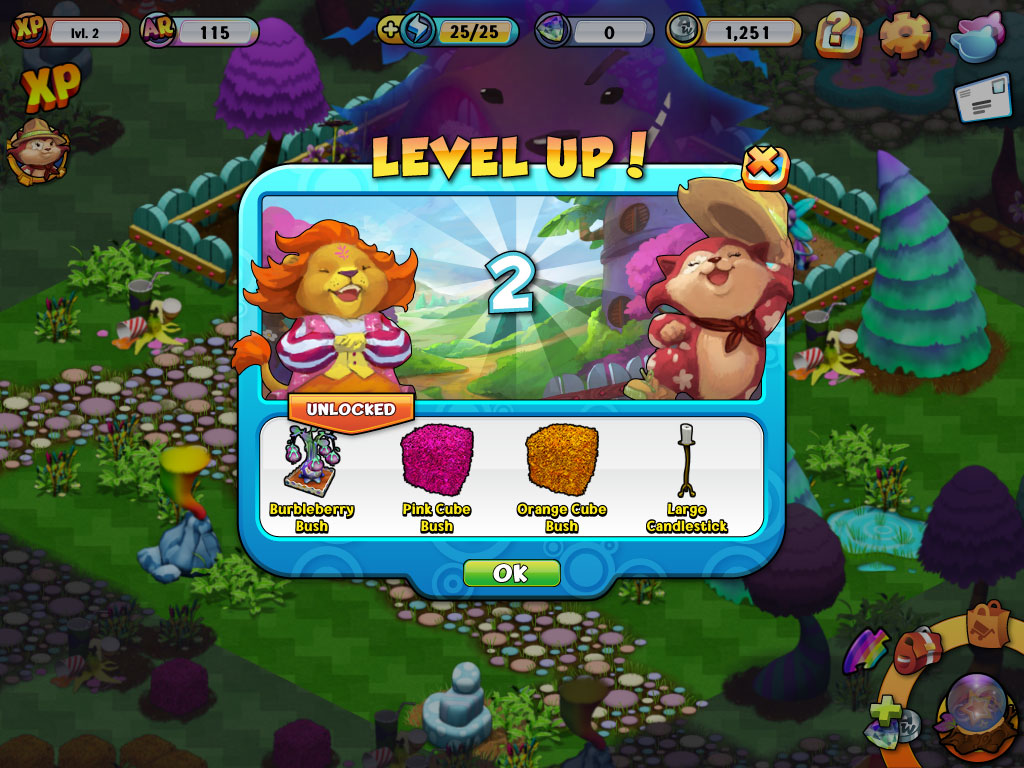 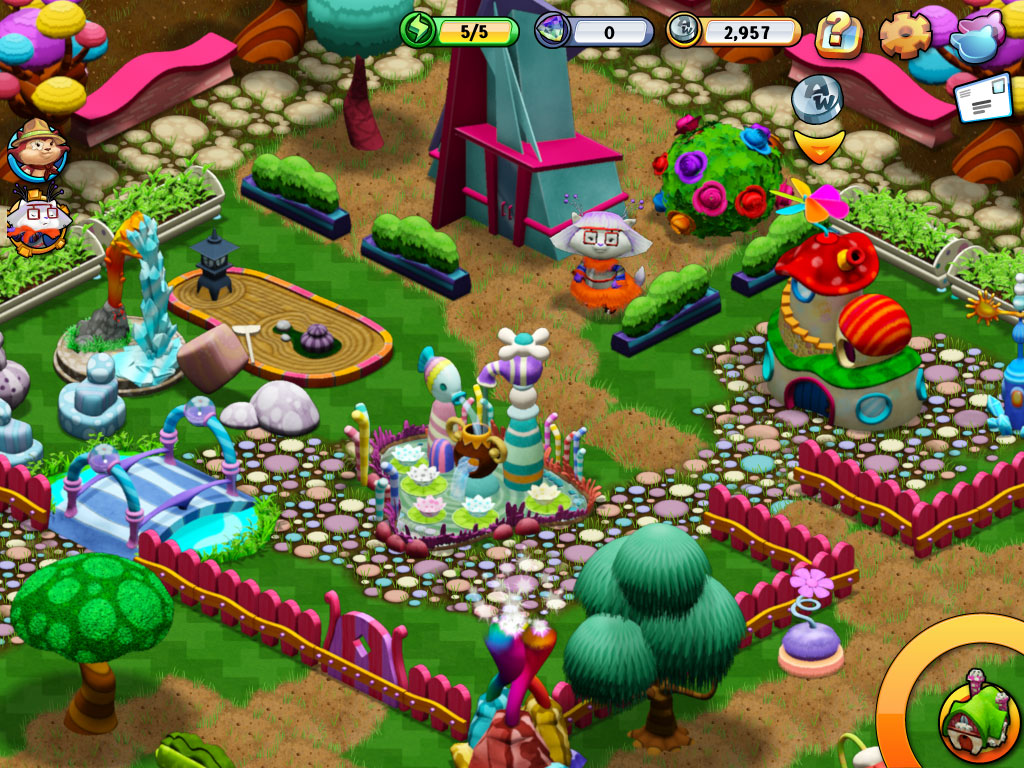 A Flash-based Facebook game with traditional farming mechanics, complimented by hidden object games and whack-a-mole style enemy encounters. It was a spin-off of the Amazing World MMO.

After my work on Tail Towns Friends I was promoted to Lead Game Designer and given a fresh Facebook game to design from scratch using Ganz's Amazing World brand. I rarely enjoyed playing social games, so this was my chance to innovate. I explored what the Facebook game scene had to offer and what might work for us. I found the crafting system used in Castleville was interesting and the hidden object gameplay in Gardens of Time was fun.

We used traditional farming and collection mechanics for retention, but made a core component be a hidden object game. Players needed certain crafting materials to build and advance their farm, but those materials could only be found by playing hidden object games. Of course, playing the hidden object games also required consumable resources. I also enjoyed "beasties" invading but didn't like how companies like Zynga had implemented them (animals randomly appear and disable your crops/buildings until you spend energy clicking on them a few times). So another innovation was changing that mechanic into whack-a-mole style gameplay and having them drop rare crafting materials.

The majority of my work on this game involved creating numerous design documents which were utilized by the programmers to create the game. I presented ideas and documents in meetings with our team and sometimes management. I also oversaw which art assets were being used in the game and what their value and purpose was to be within the game. Most assets were taken from the Amazing World MMO, but a good portion were created just for AWF.

The iPad had become quite popular during the development of this game. Part-way through development there was a big technical refocus on converting the Flash game to run on iOS. I wasn't involved with that procedure, but kept touch controls in mind for our mechanics.

In the end the game was unfortunately cancelled before its launch due to some cuts in the studio. These things happen in the game industry and it's sad to see hard work go to waste. It was a great experience though and paved the way for my entrace into mobile game development.