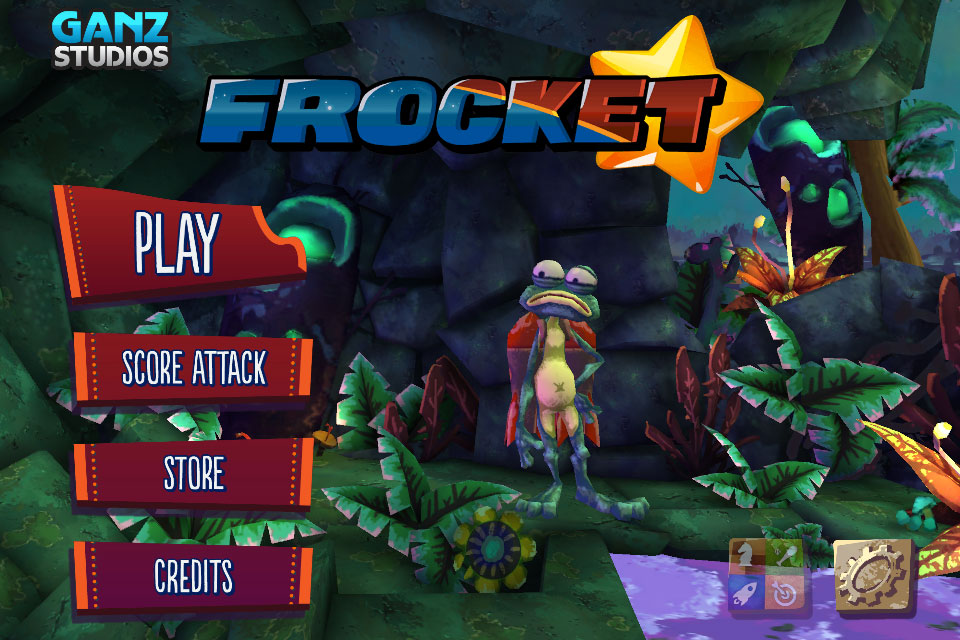 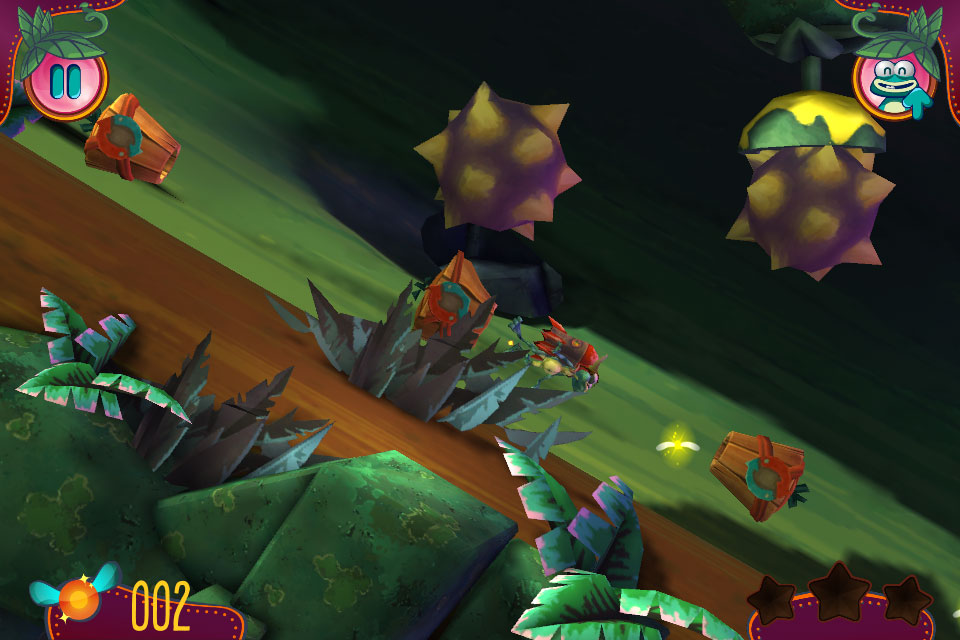 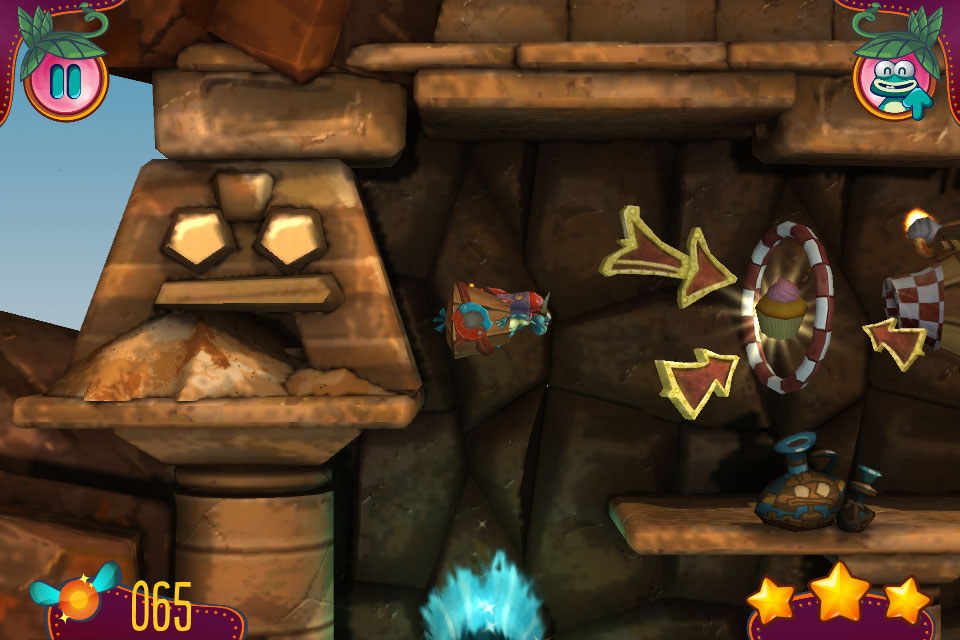 During my last 6 months at Ganz I led a new mobile team (5-8 people) creating arcade style games with Unity. I pitched Frocket, a one-button game where tapping on the screen would blast the hero from one barrel to another. The objective was to simply make it from one end of the level to the other. Timing was key as the barrels, enemies, and obstacles all moved and the player need only tap the ideal trajectory to make it to the next barrel.

When the project was greenlit I became the sole Producer, Game Designer, and Programmer on the project. The production side was new to me, requiring me to manage the budget and deadlines. It was also the first mobile game anyone on the team had ever worked on, so there was a learning curve. Fortunately the rest of the team was really into the game and we pulled off creating it in 3 months.

Other full-time team members included 2 level designers, a concept/texture artist, and a 3D modeller. I worked especially close with the level designers since I was creating tools for them to quickly create levels. It was a great learning experience in that regard and the knowledge has benefitted future projects I worked on.

At the time Frocket was considered visually impressive. It was fully 3D and ran smoothly on the iPhone 3GS and iPad 2. Along with learning about mobile development, we learned a lot about optimization. Interestingly I believe the majority of the programming time on the project was spent creating the UI (Unity's Legacy UI). Not too long after, Unity released a much improved UI system which would have made creating Frocket all that much faster!

This team was fairly experimental at Ganz and part of our mandate was to accomplish as much as possible in a small time frame compared to other projects. There wasn't much of a QA process and the game was very rushed, so there are a couple of humorous bugs in the game if you look close enough. Frocket was considered a success internally and we began working on a new game, however I left Ganz shortly after to pursue my own business.