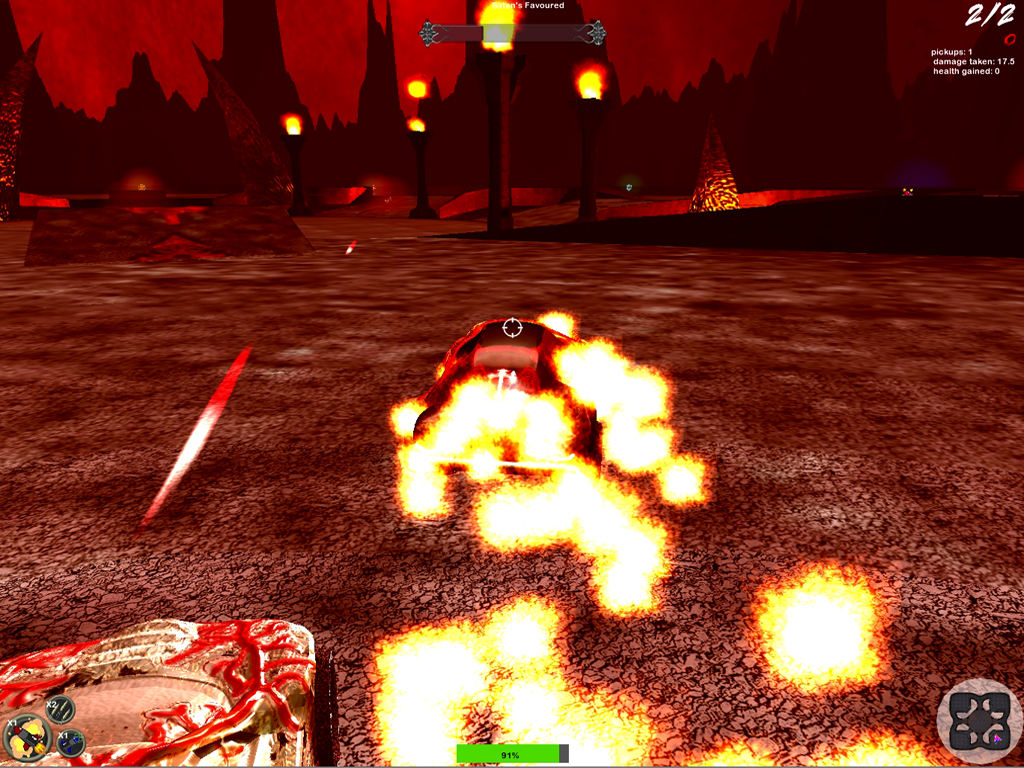 Tire & Brimstone was an online multiplayer vehicular combat game that allowed up to 6 players to compete against (shoot) each other in a battle arena setting. It was created with Unity and deployed via the (now obsolete) Unity Web Player. I was primarily responsible for the online networking portion of the game and creating a website with backend logic allowing us to track player statistics (kills, deaths, wins, losses, etc) and display them in-game.

This game was my final team project at Vancouver Film School (VFS) and my main portfolio piece before applying to work in the game industry. Our objective was to create a game to show off for "Industry Night", where the school invited many active members from the game industry to attend a demonstration and mingle with the class. We had about 4 months to create the game.

Our team consisted of 6 members who chose to work together from the class. All of us were heavily involved in the design process, but each member had a specific role. My role was programming, as I was one of three in the class with a programming background. The Unity game engine, which I had been using for a couple of years by then, had just been released on Windows. Although nobody else on the team had experience with Unity, we agreed to use it for the project. Along with another team in our class, we became the first students at VFS to use Unity.

During pre-production we decided on a vehicular combat game because we all enjoyed games such as Mario Kart and Twisted Metal. It would allow us to really show off by not only having a fun multiplayer game, but an online multiplayer game. Plus I had learned a decent amount of PHP (server-side programming) and MySQL (database) prior to VFS, so I offered to create online profiles for players to track stats (ranks, wins, losses, etc).

It was a very ambitious project but we pulled it off! We learned a lot about time management and team dynamics, while pulling through and completing a fully functioning game. It was also my first time extensively collaborating with another programmer, which I'm truly grateful to have experienced before going into the working world.

Currently the website and game is no longer live since the game wasn't maintained post-graduation and I didn't want to continue paying for hosting!