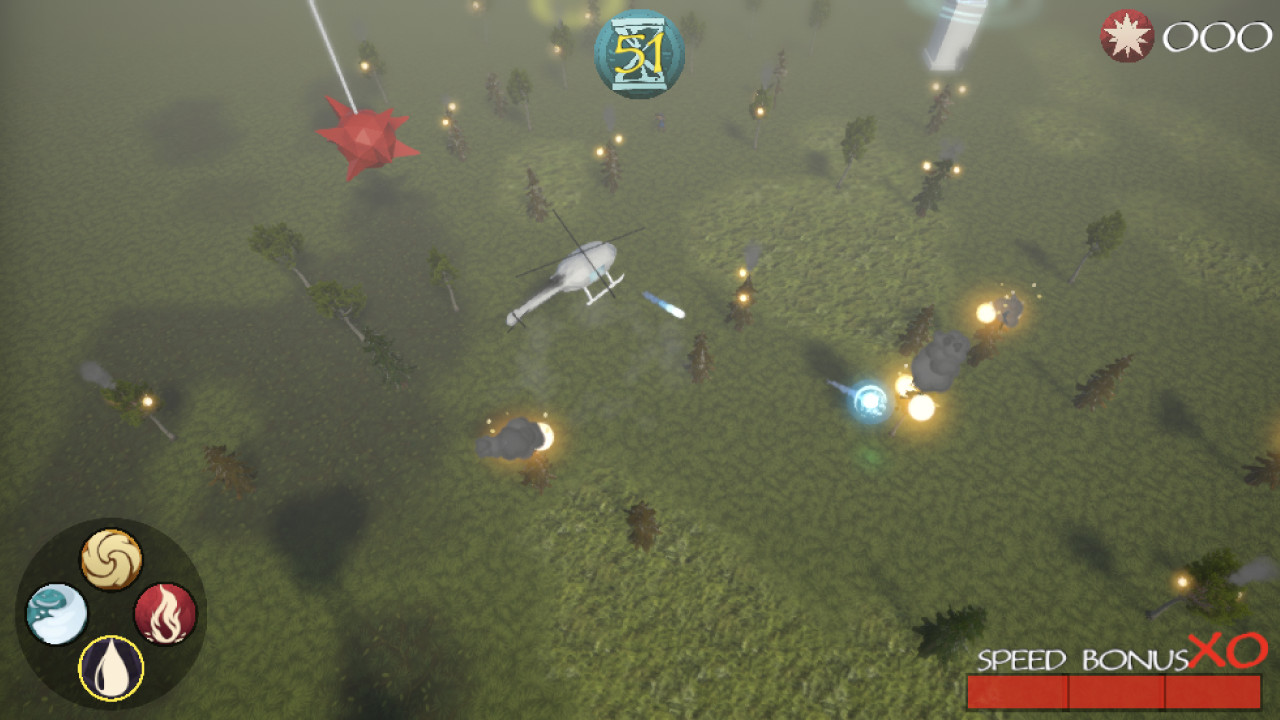 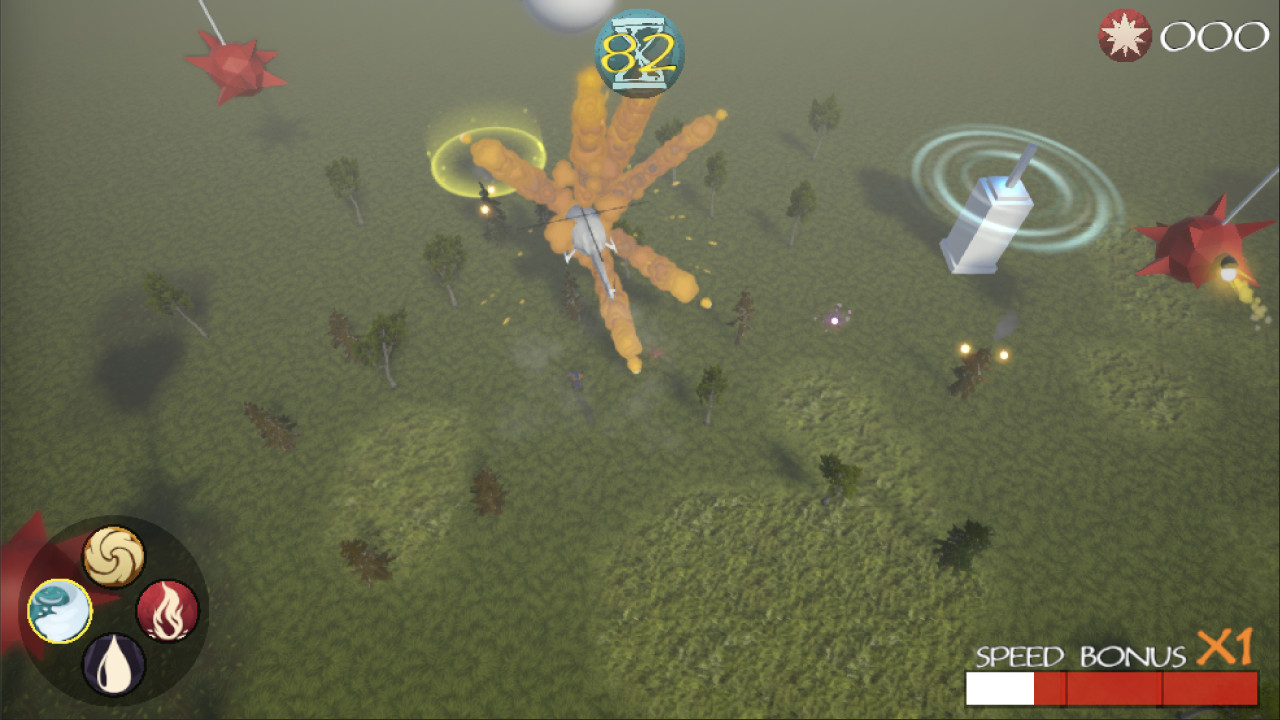 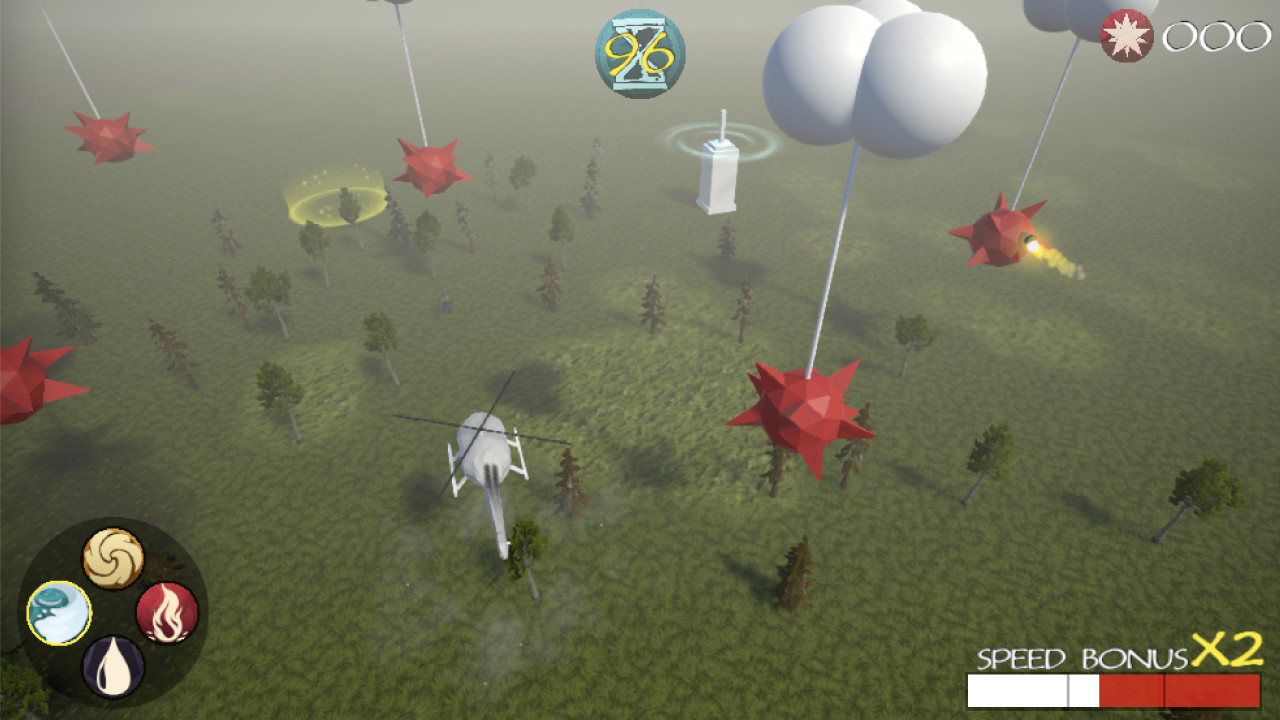 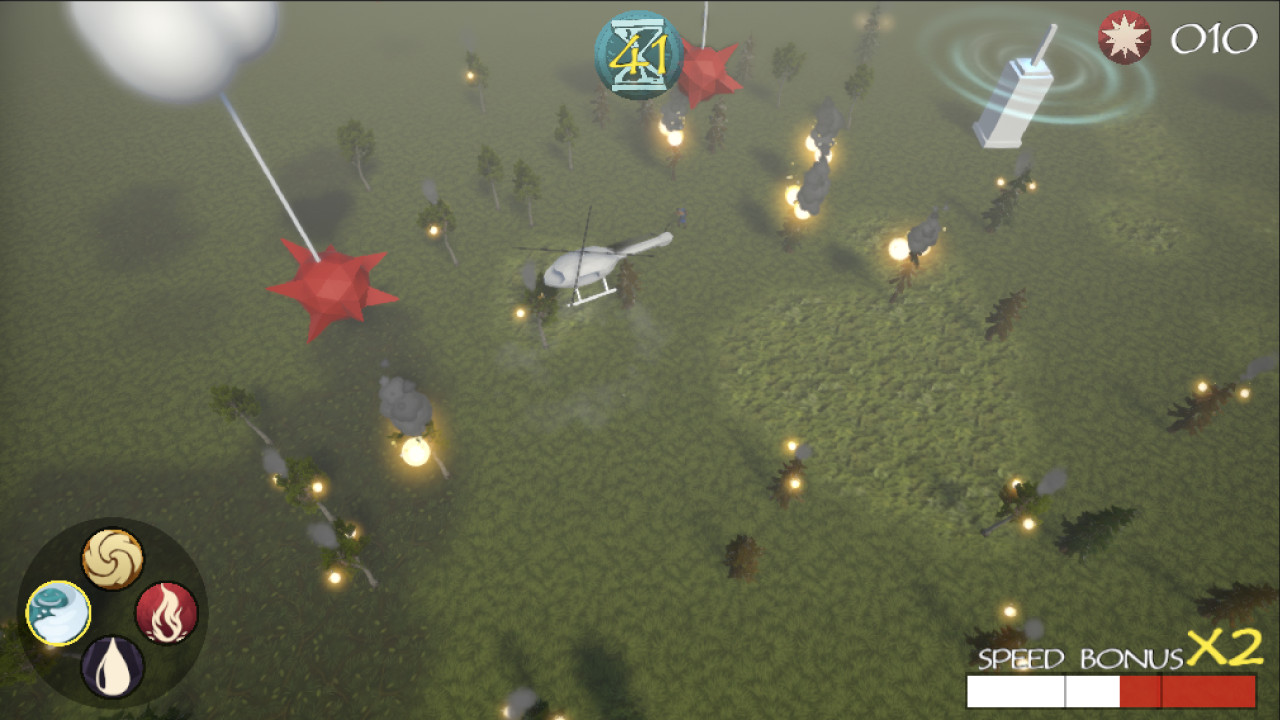 Created with Unity during TOJam 2020. An isometric 3D game where players control a helicopter full of wizards trying to perform as many heroic actions in a chaotic environment to score points in a limited amount of time.

In the early months of the COVID-19 pandemic we were desperate to find ways to entertain ourselves and stay connected with friends. I was delighted to hear that TOJam (an annual weekend game jam based in Toronto) had decided not to cancel their jam, and would instead host their first remote jam. Joined by my favourite collaborators Matthew Miner and Brent Mitchell, we eagerly set out to conquer yet another game jam together. The theme was hindsight is 2020.

A major challenge we faced as a team was that we were not only working remotely, but all three of us were in different timezones, with the largest difference being 8 hours. This made our initial planning sessions especially difficult since by the time we were all done our day jobs on Friday, it was after midnight for some. Unfortunately this was not something we had considered much ahead of time and led to a more chaotic jam than we had grown accustomed to. Fortunately we all had experience with the tools needed to collaborate remotely, such as git and Google Docs.

As I look back on this jam I don't see the typical quality of project planning we normally use, just a bullet-point list of mechanics and tasks to implement. The vision of the project was not well understood and the implementation strategy mostly came down to each person just trying to find ways to contribute towards making a complete game loop with as many of the listed mechanics as we could cram in.

Together we created Spellchopper, a 3D isometric game where you control a helicopter full of heroic wizards who use their mastery of the elements to quickly save the world from as many disasters as they can. Along with controlling the helicopter's movement, you can toggle between wizards to combat obstacles such as:

Each of the spells have drawbacks players need to be mindful of, such as casting fire at enemies can also cause trees to light on fire, and casting wind on lit objects can cause fire to spread.

The objective is to score points by doing as many heoric actions as you can in a limited amount of time. The helicopter has a fuel system which rewards you with faster speed and a points multiplier that's improved with more fuel.

This was the first Unity game I had worked on in a while so I chose to focus on implementing the UI and creating the game loop (gameover, retry, fuel mechanics, score system). Many improvements had been made to Unity's UI framework at the time so I was eager to check it out. Hindsight really is 20-20 though because Unity released an entirely new UI system shortly after called UI Toolkit.

This doesn't rank high on my list of favourite game jam projects I've contributed to, but it was an excellent learning experience to prepare me for future remote work, which has become normal for many of us since.