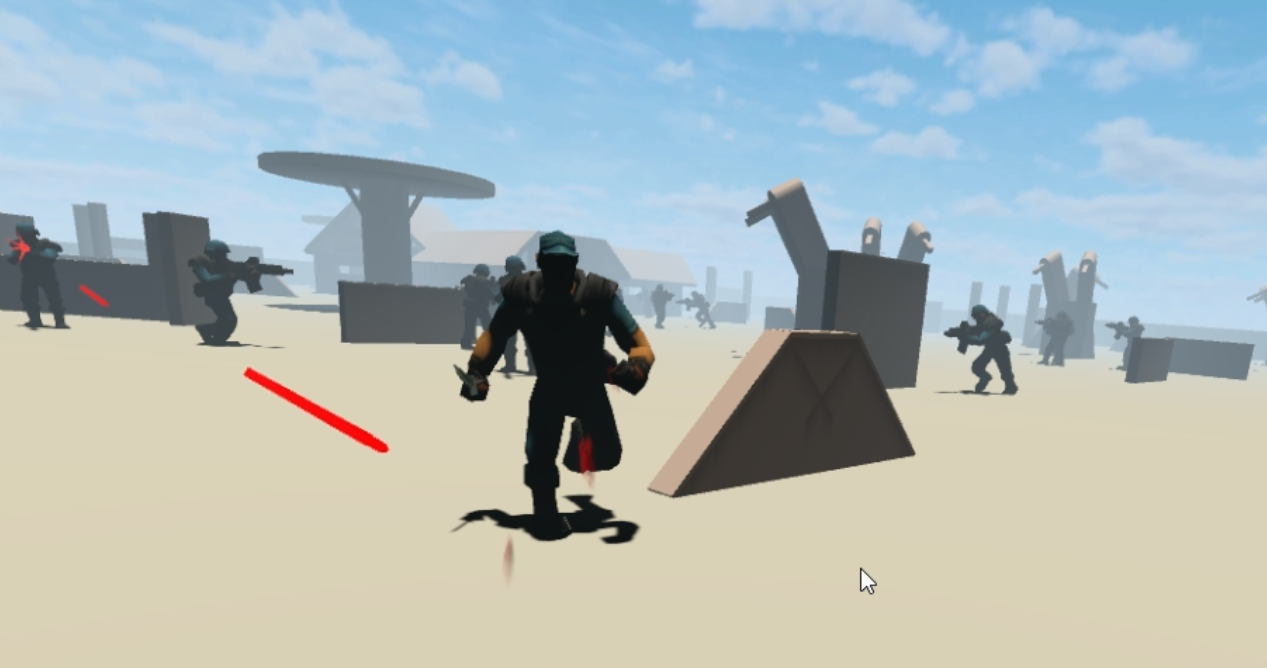 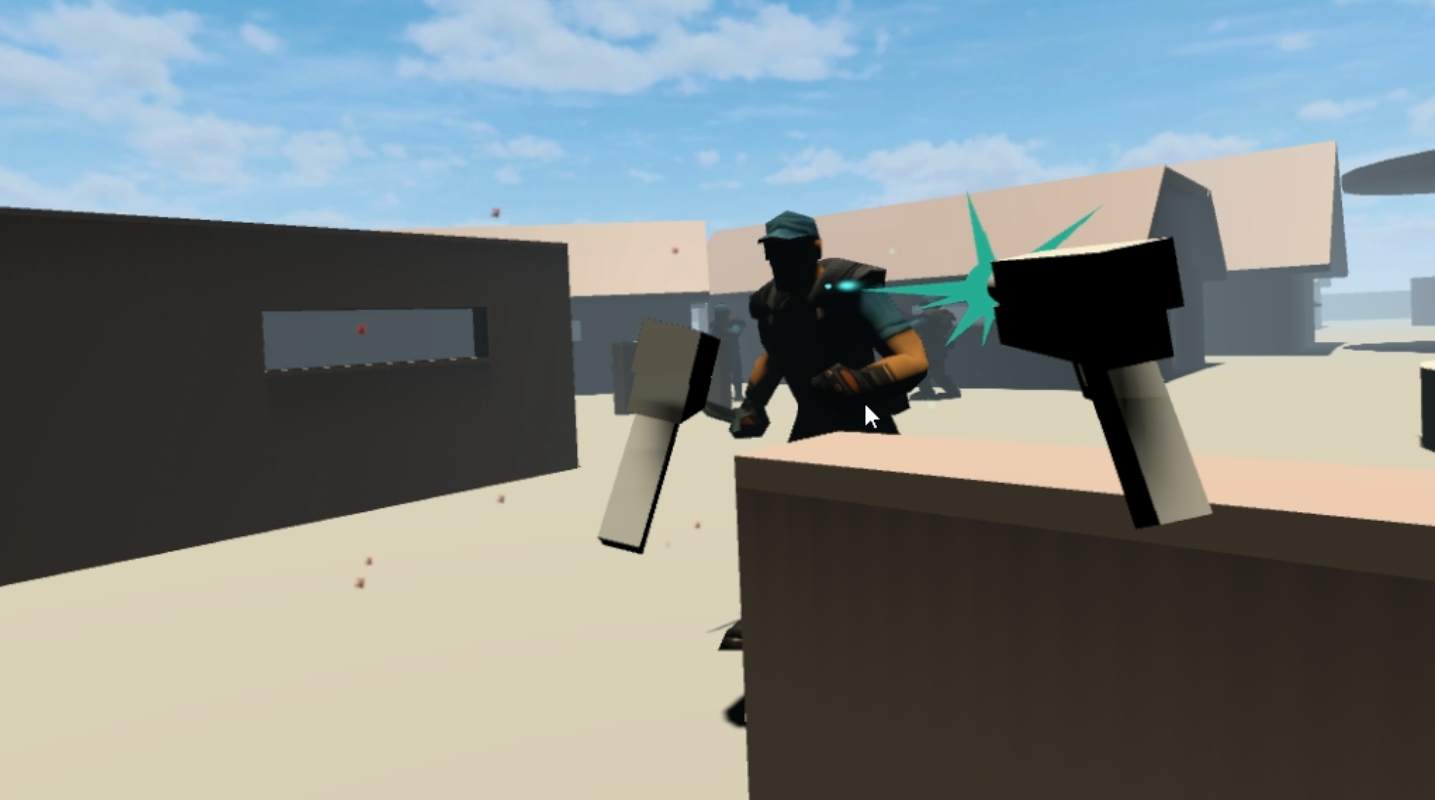 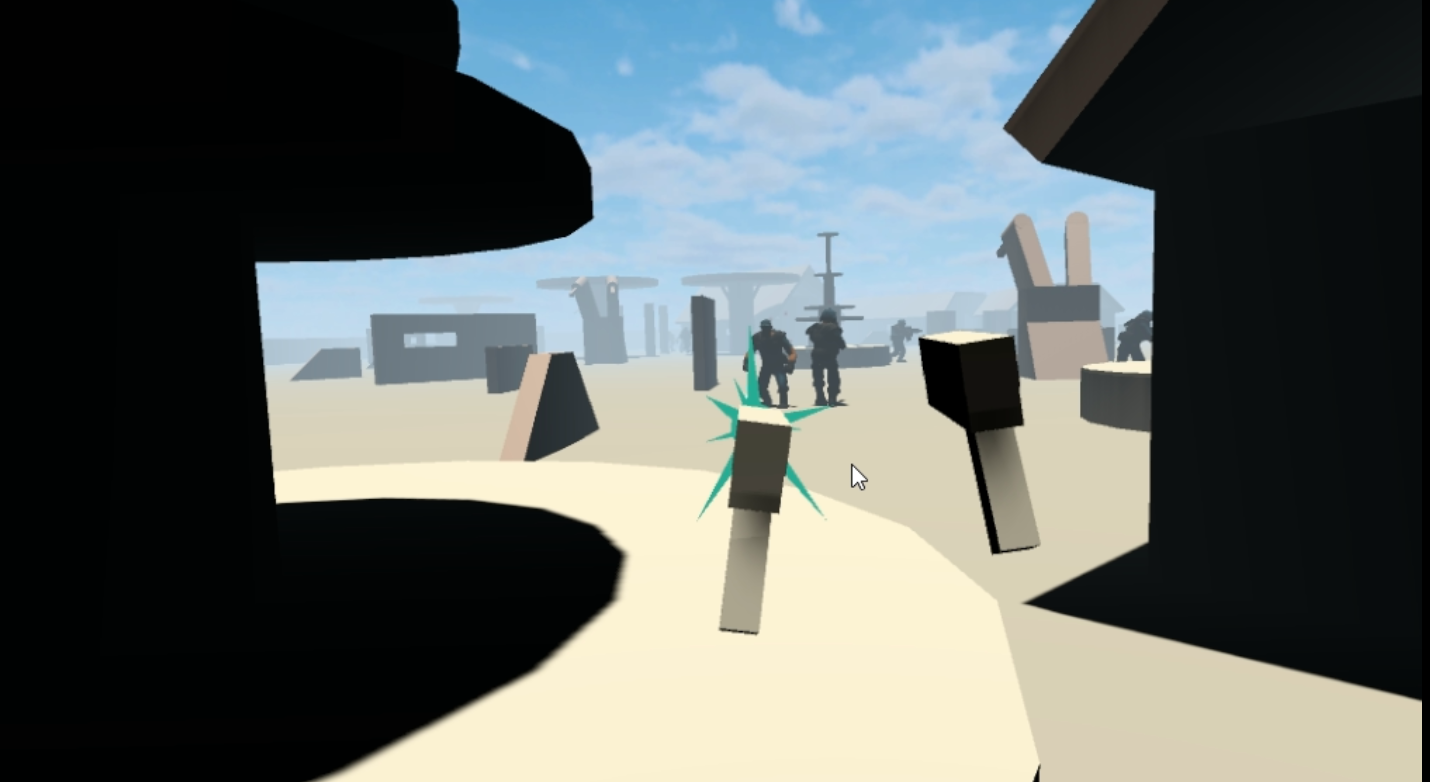 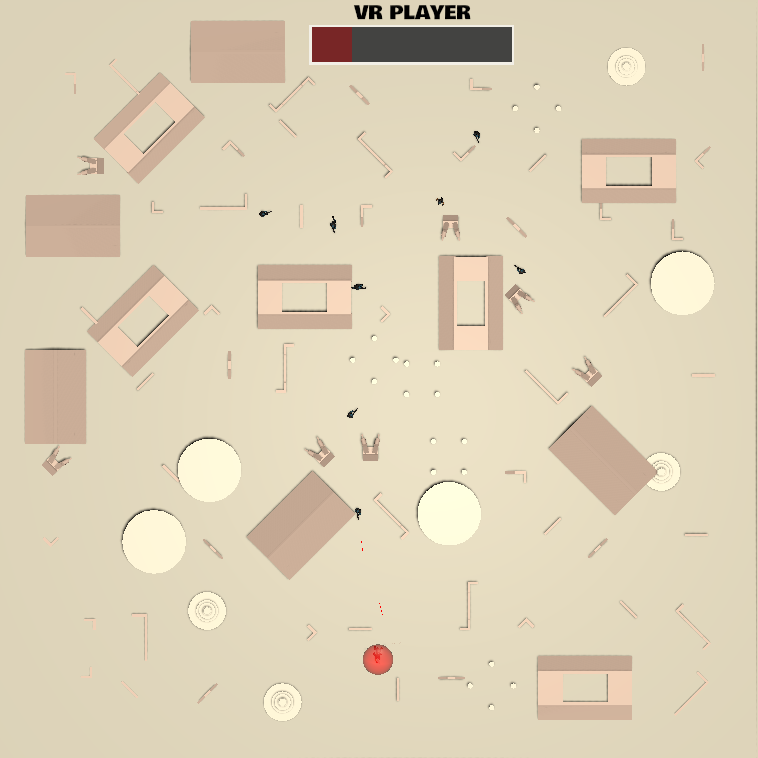 Created with Unity during the 2017 Global Game Jam. A virtual reality multiplayer FPS where players fend off waves of enemies in a constantly changing environment.

This game was created in 48 hours by Brent Mitchell and I during the 2017 Global Game Jam. The theme, which dictated the game design, was simply 'Waves'.

We quickly decided to make a multiplayer game where one player uses VR and the other does not. The non-VR player affects the world and gameplay the VR player is currently experiencing. Given the theme, we decided to have waves of enemies spawn and attack the VR player. While battling the AI enemies the world generates walls and buildings which randomly appear in waves, then dissappear to allow a new wave to appear. This allows for interesting and chaotic gameplay where safe cover is vital, but challenging to maintain.