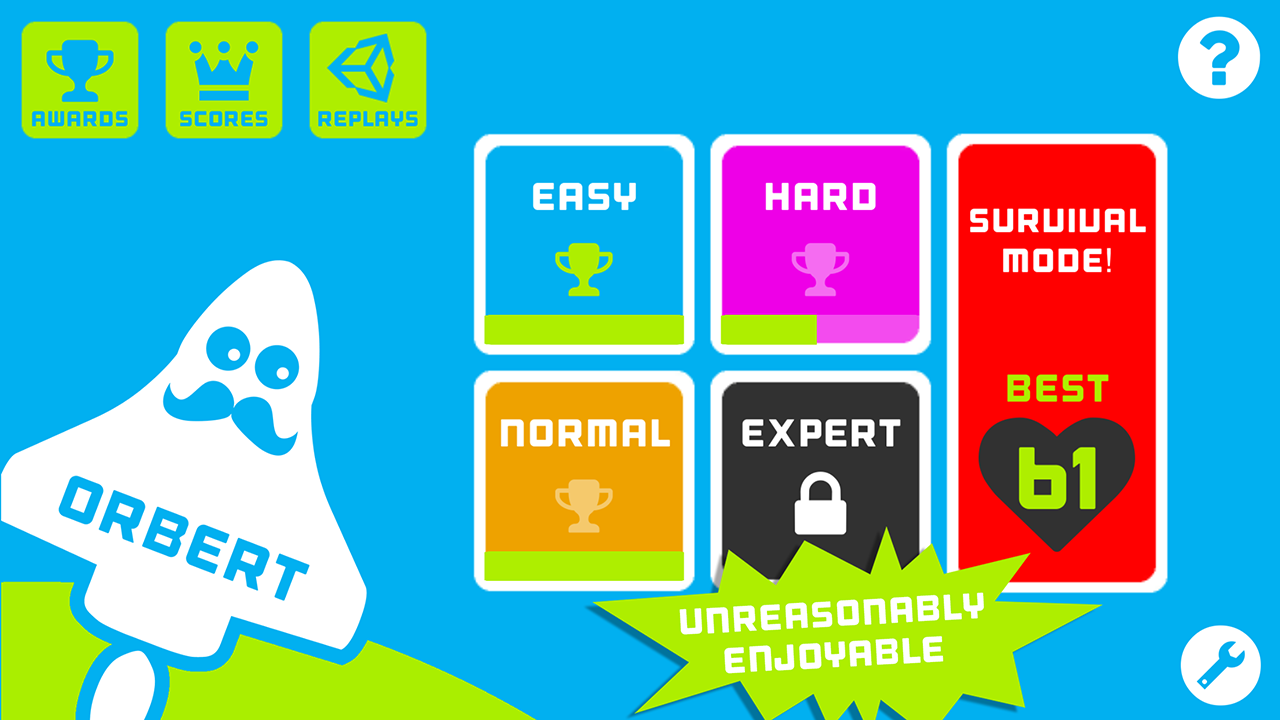 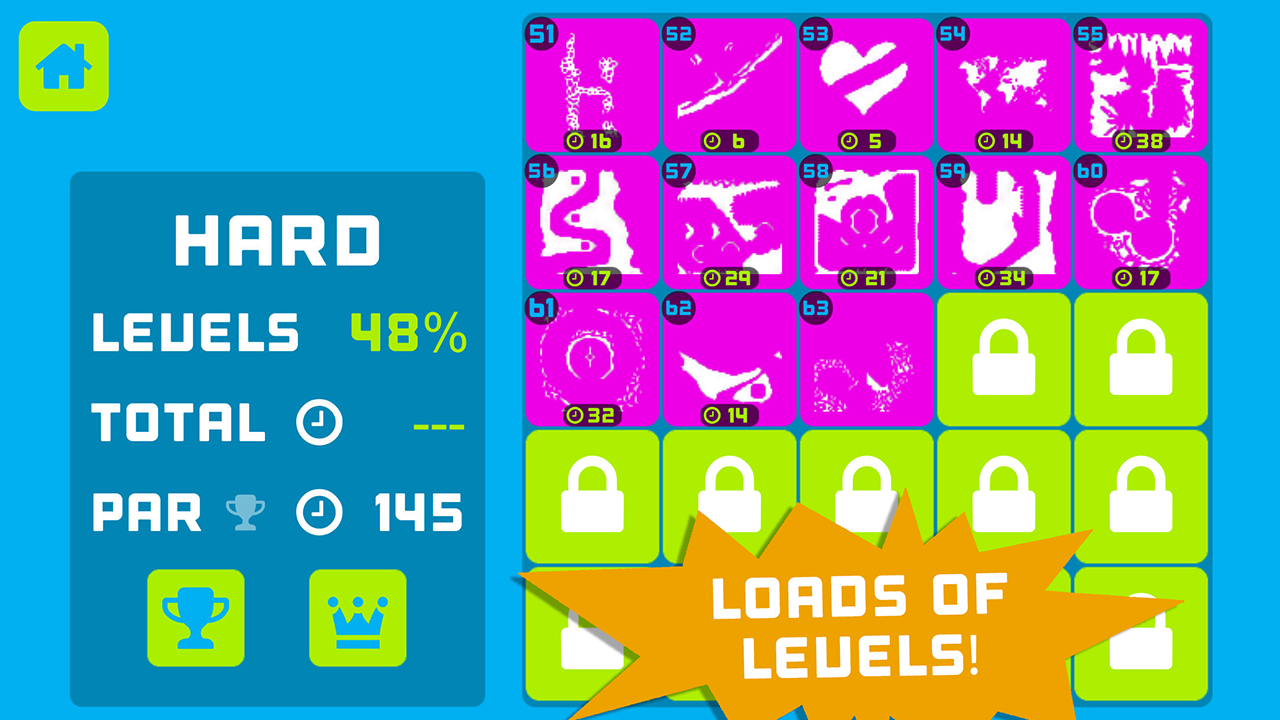 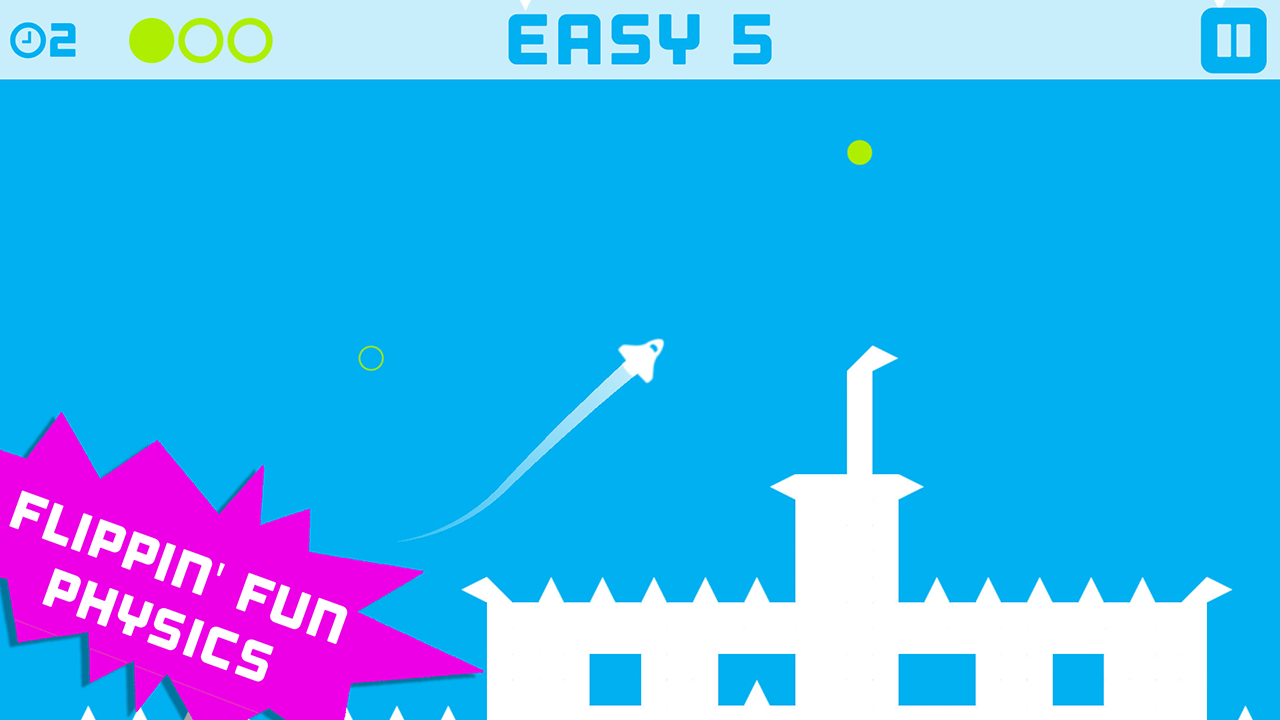 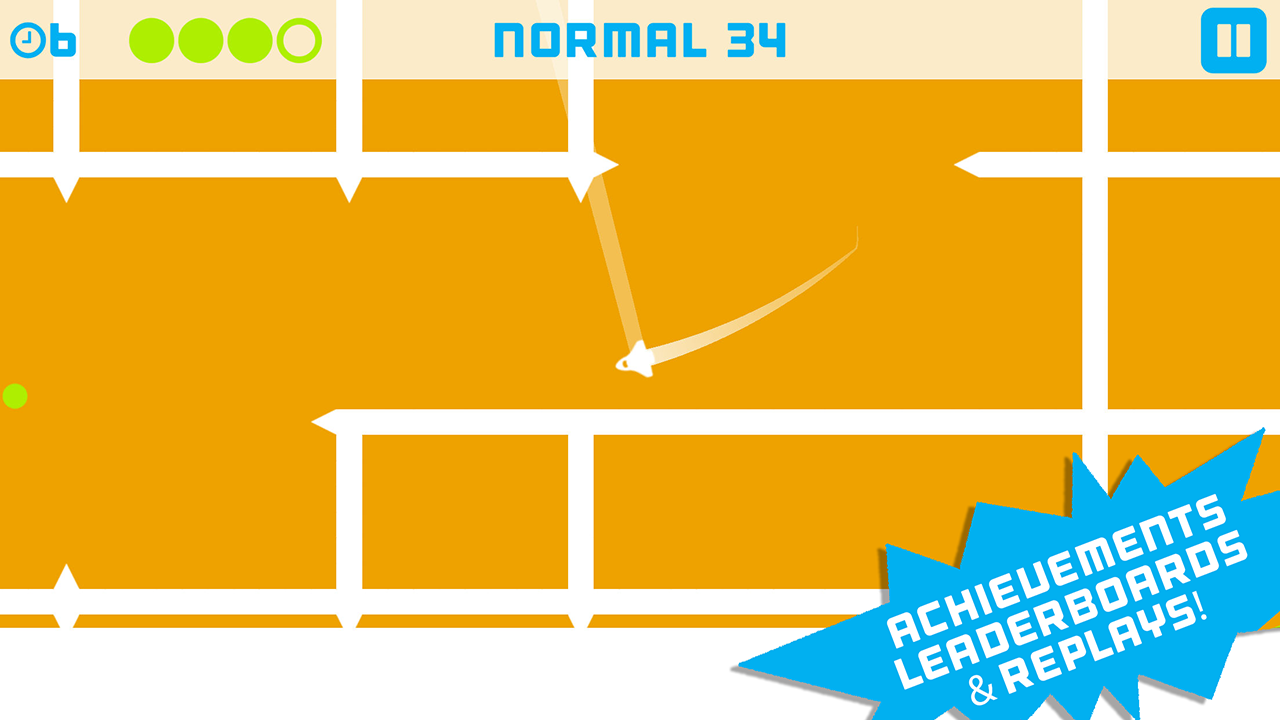 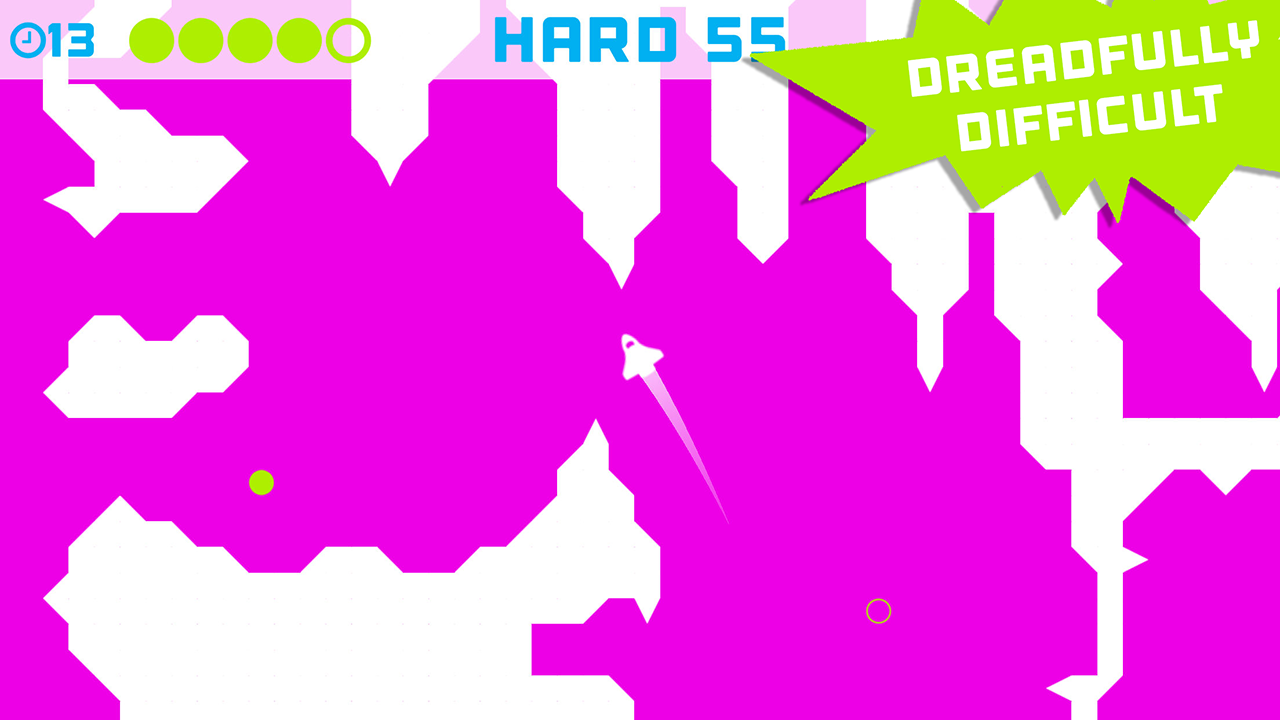 A 2D physics-based mobile arcade game with 100 levels, made with Unity. Players swing the character around levels to collect moons while avoiding obstacles.

Orbert was created by Matthew Miner and I in 2013 while we were looking for contract work. Matthew designed and programmed the initial game, and I designed and created many of the levels. It was released for Android on Google Play in Canada during Spring 2013.

Orbert received great positive feedback amongst our friends and family. To our amazement a decent amount of players actually beat all 100 levels, some of which seem almost impossible to complete! This praise led me to revisit Orbert by myself in 2016 where I made the following improvements:

Notably the game features a very cool level editor tool which Matthew created. I highly recommend reading his blog post about it. Levels are designed in Photoshop using a 64x64 pixel image and only the colours black (obstacles), white (open space), green (moons), and blue (spawn point). The images are converted to text files via an editor tool in the Unity editor. The text files are loaded at runtime to generate levels on the fly, which reduces the file size of the game since we don't have a scene for each level. This pipeline allowed us to create over 100 levels in under a month and can be used on future projects.

Level previews are also automatically generated via an editor tool I created which loads each level and saves a screenshot of it.

Orbert is a cool game and will hopefully be released on more platforms when I have time. A WebGL version is in the works which I plan to release on Kongregate. I may also create a tvOS version for Apple TV users, mostly for the learning experience.