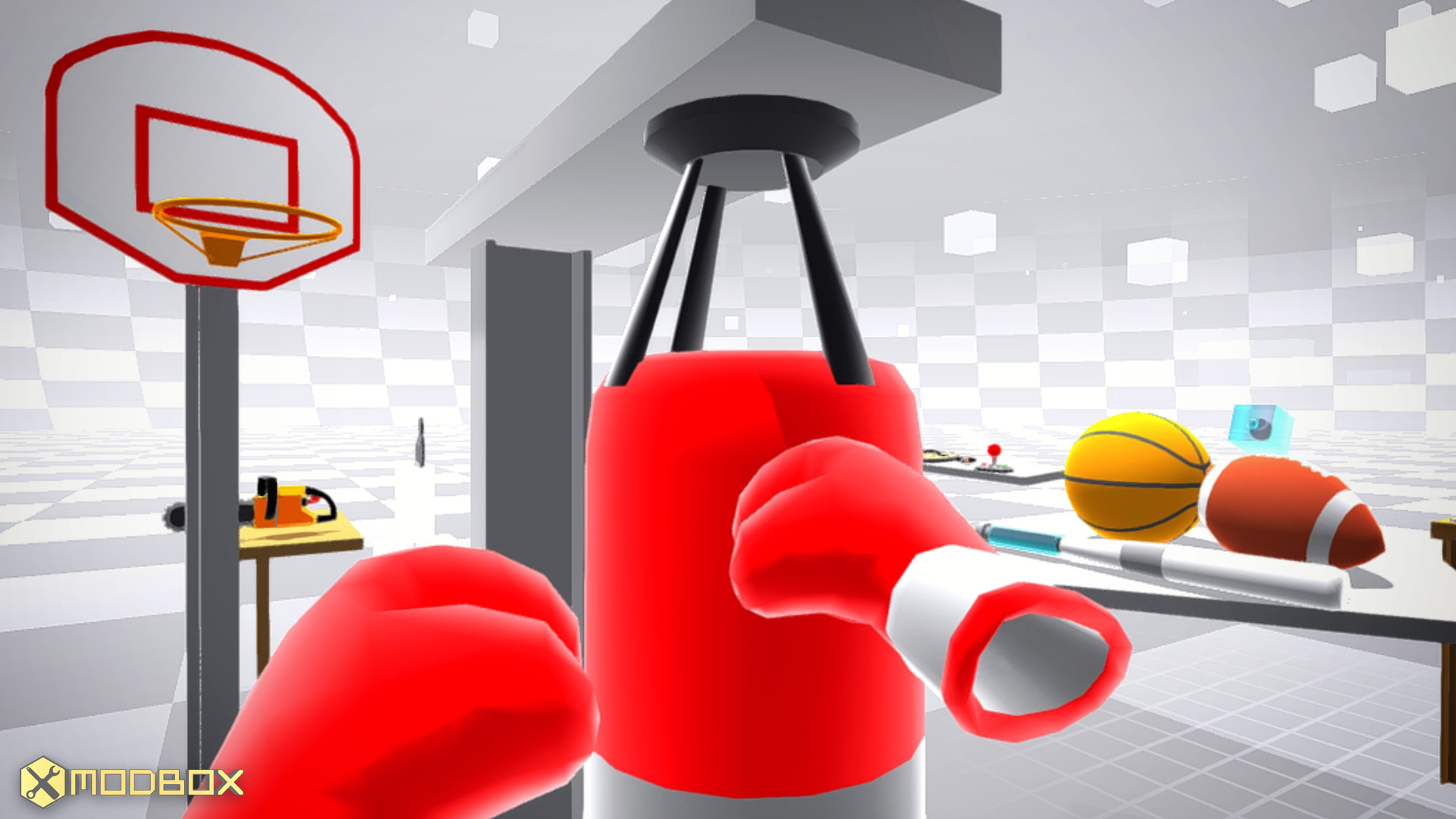 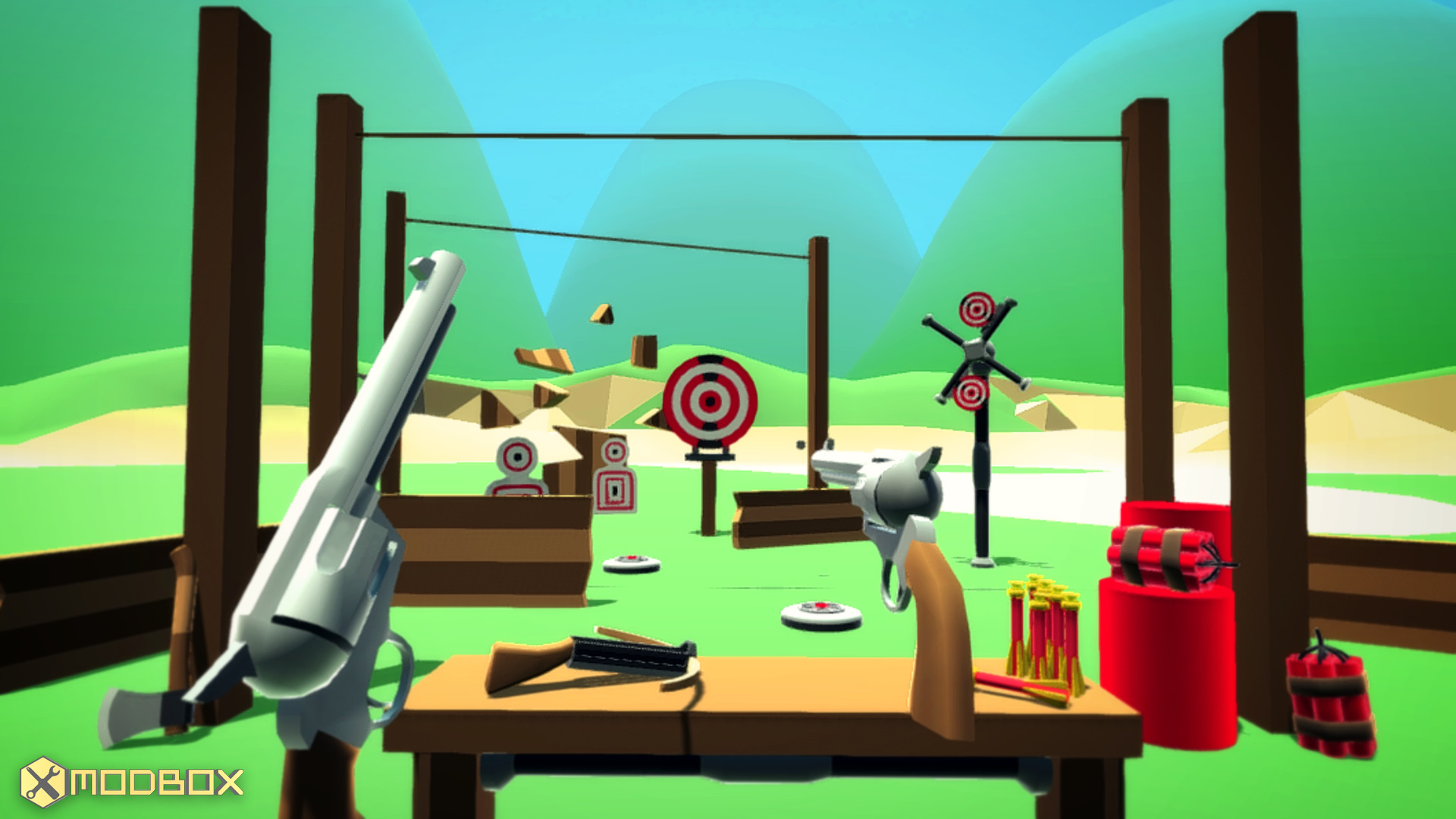 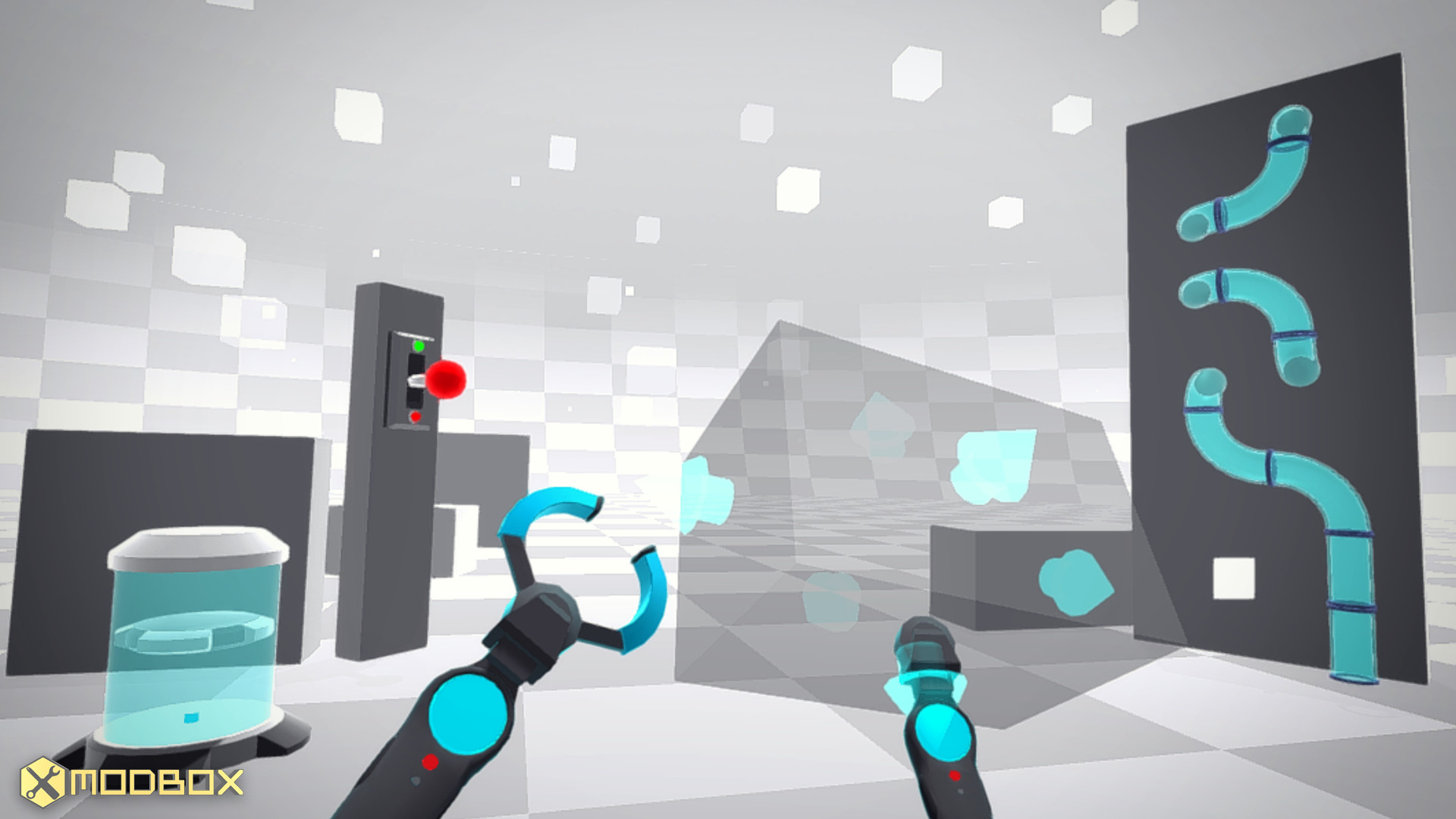 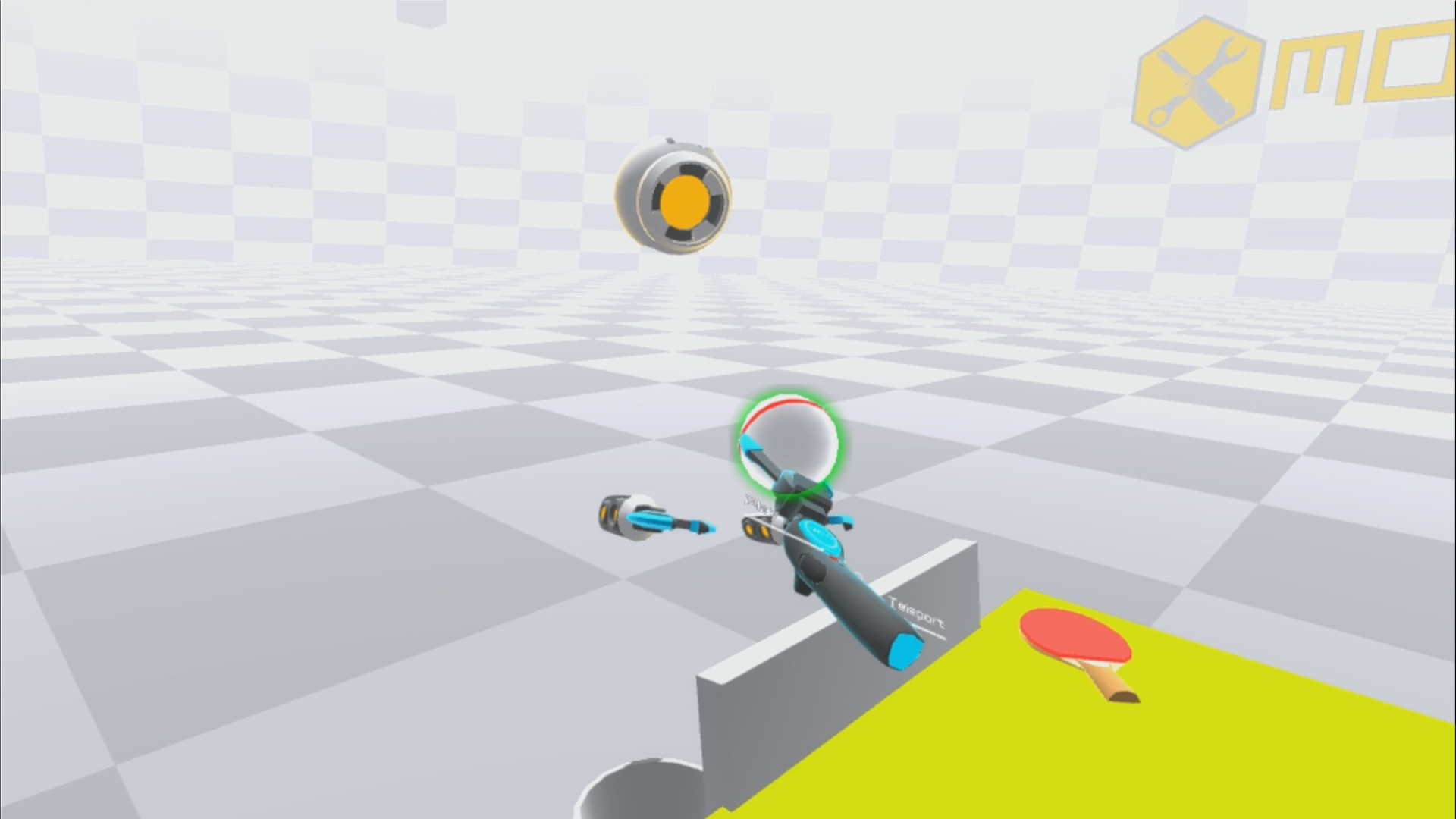 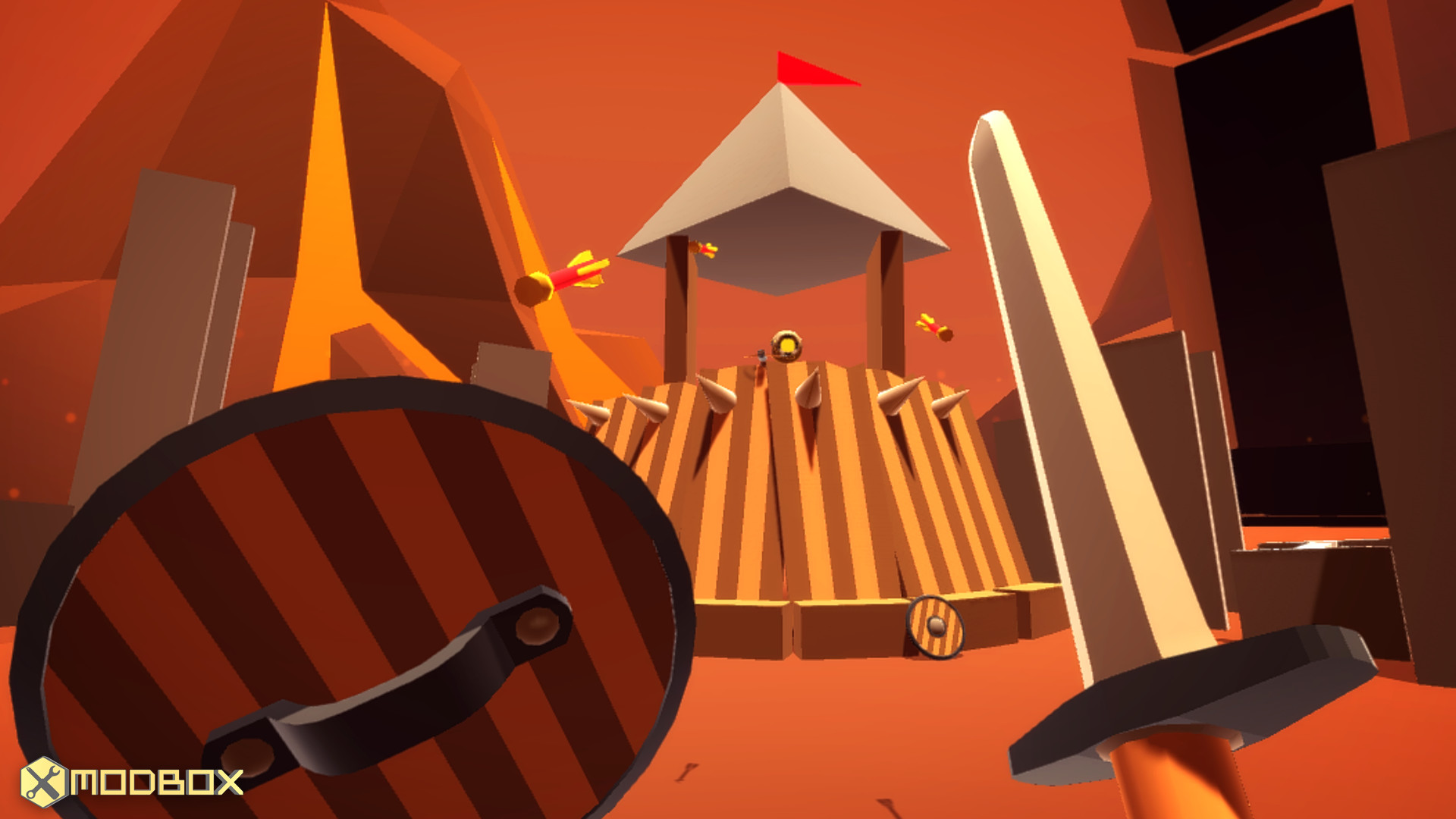 I was hired as a contract Unity developer after Modbox was available on Steam. My primary role was to assist in making the game online multiplayer. It is the first virtual reality (VR) game I have worked on outside of experiments of my own.

Modbox allows players to create scenarios and even games of their own, all inside a virtual world. These scenarios can be saved, shared, and downloaded for others to play and modify themselves. Modders can also contribute to the game, adding new 3D models and functionality, such as a pistol that shoots.

I was responsibile for getting two players in the same game room with smooth, accurate movements. Along with being able to see and interact with each other, player's needed to see when new objects were created, or a tool/item was used. For example if a player was holding a pistol, its movement and rotation needed to look correct and shoot on both computers when fired. This was a bit complex because networking the functionality of an item needed to be very simple so modders can utilize it as well, without requiring networking knowledge.

My time on the project was short, but a great experience. I hope to contribute more to the game in the future. Online multiplayer is now live in the game, check it out if you can!