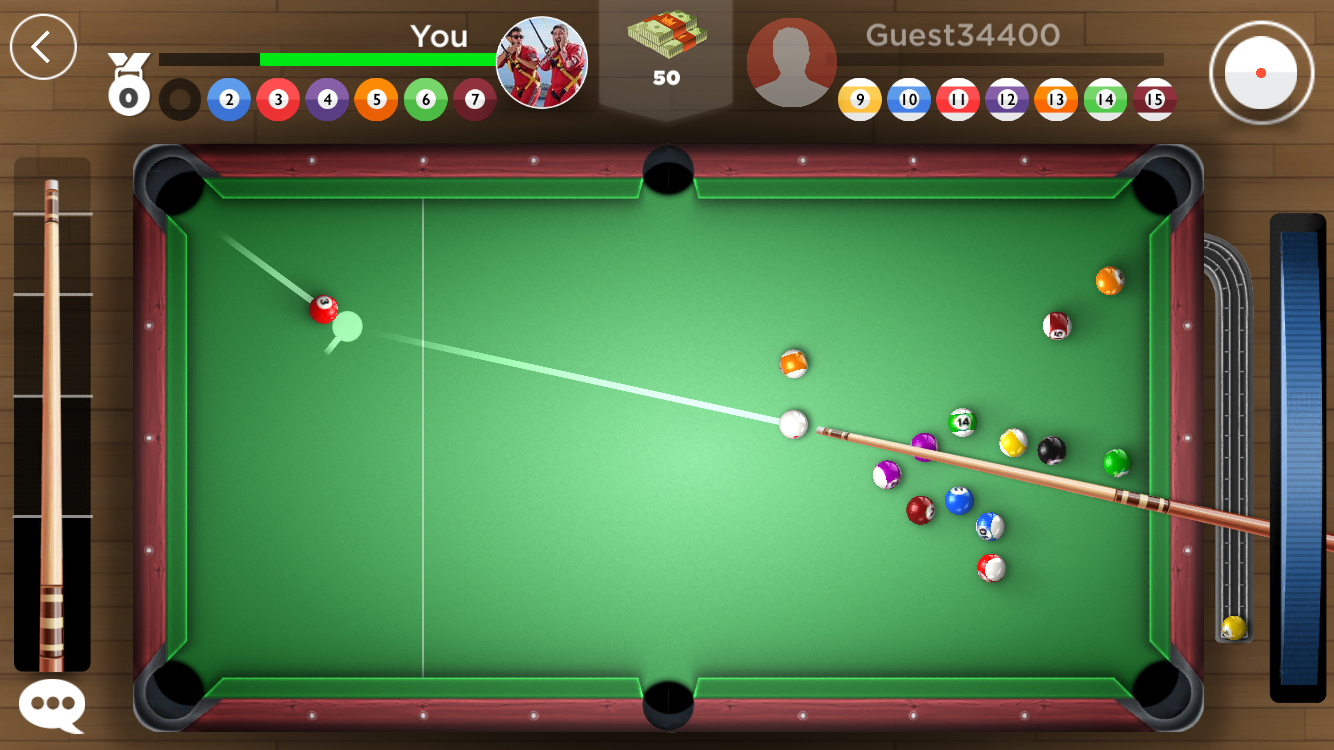 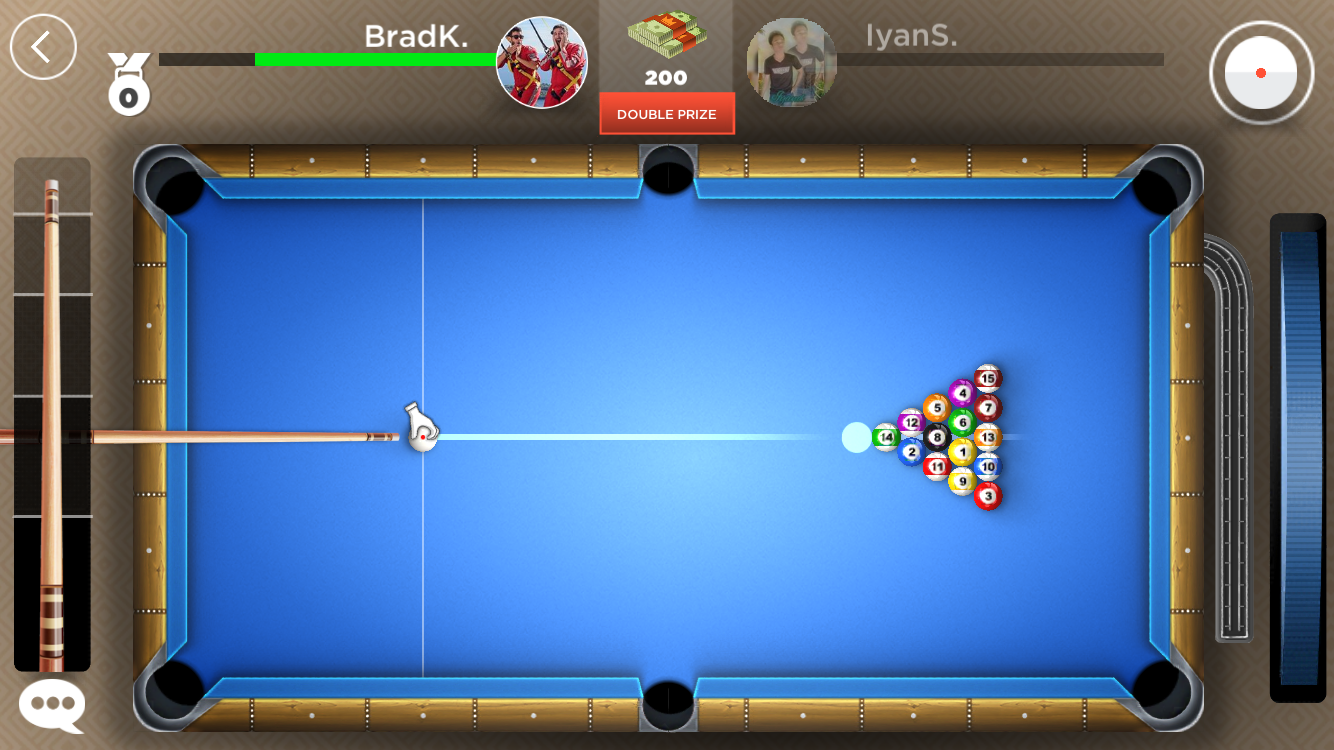 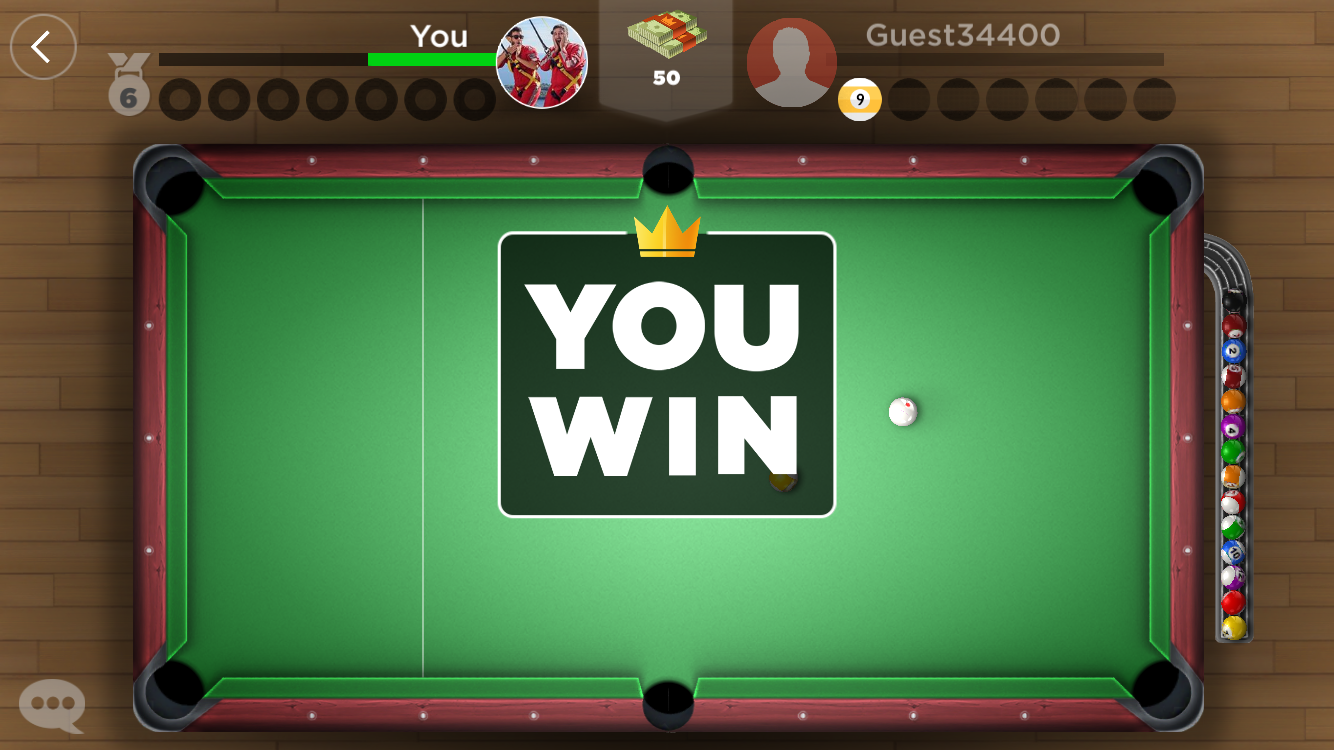 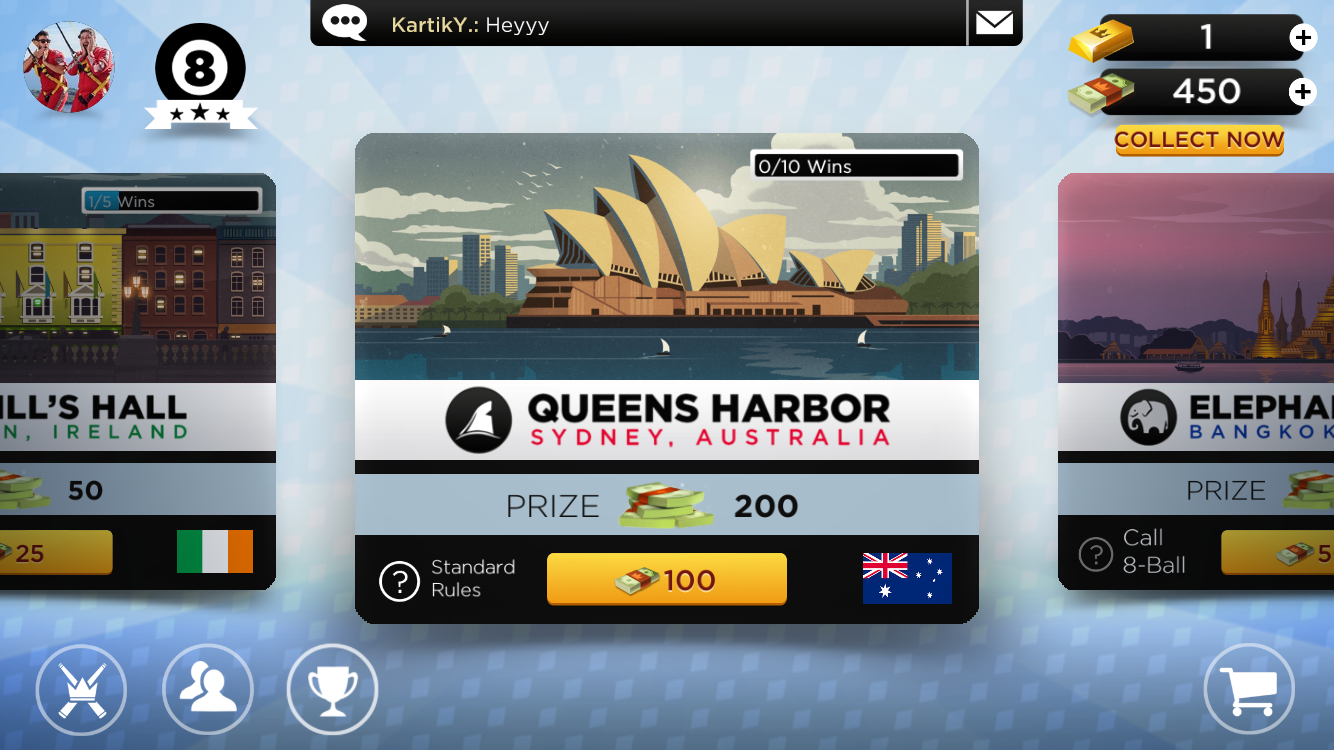 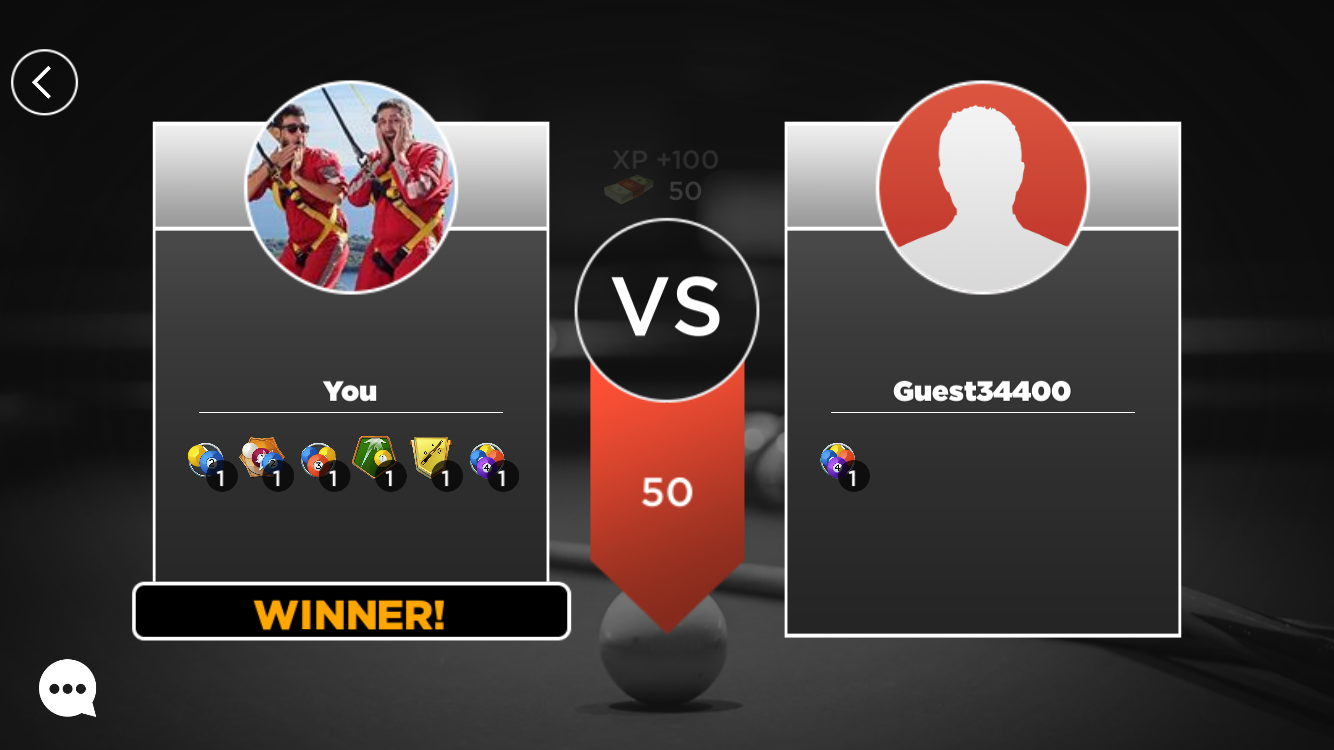 An online multiplayer 8-ball pool game for mobile created with Unity. I worked as a contract developer on an early version of the game.

I was hired by Uken as a contract Unity developer to work on this project from scratch. The game was already designed and had artists working on it. It was the first game I made for Android. My primary role was programming shots and ball physics, AI logic, and implementing online networking. Kings of Pool pushed the limits of Unity at the time as it required real-time networking and accurate physics which could be reenacted on the other player's device.

While the physics needed to be accurate, they also needed to have an arcadey feel to it. So there was some physics-cheating to accomplish the desired feeling. The biggest issue with physics though was that it could not be deterministic with Unity's physics engine. This caused issues recreating shots on the opponent's device, as the slightest variation in a shot, especially the break, could cause a different outcome. We rectified this by ensuring the position of balls at the end of a shot were in sync, but it wasn't an elegant solution since the user would sometimes see the balls move.

Unity's built-in networking was very dated at the time and hadn't been updated to support networking on smart phones. This created a number of connection issues, primarily when using phone data (3G/LTE), where things like NAT punchthrough were difficult. We did everything possible to make Unity's networking perform as we needed it to. For the most part it did work, but the unreliability of connections made the solution unideal and unacceptable.

We had proved Unity incapable of accomplishing our goals and there was a decision made to use a new physics engine with deterministic phyics and a different networking library for online play. I assisted with switching the existing game to the new physics and networking, and that concluded my involvement on the project!