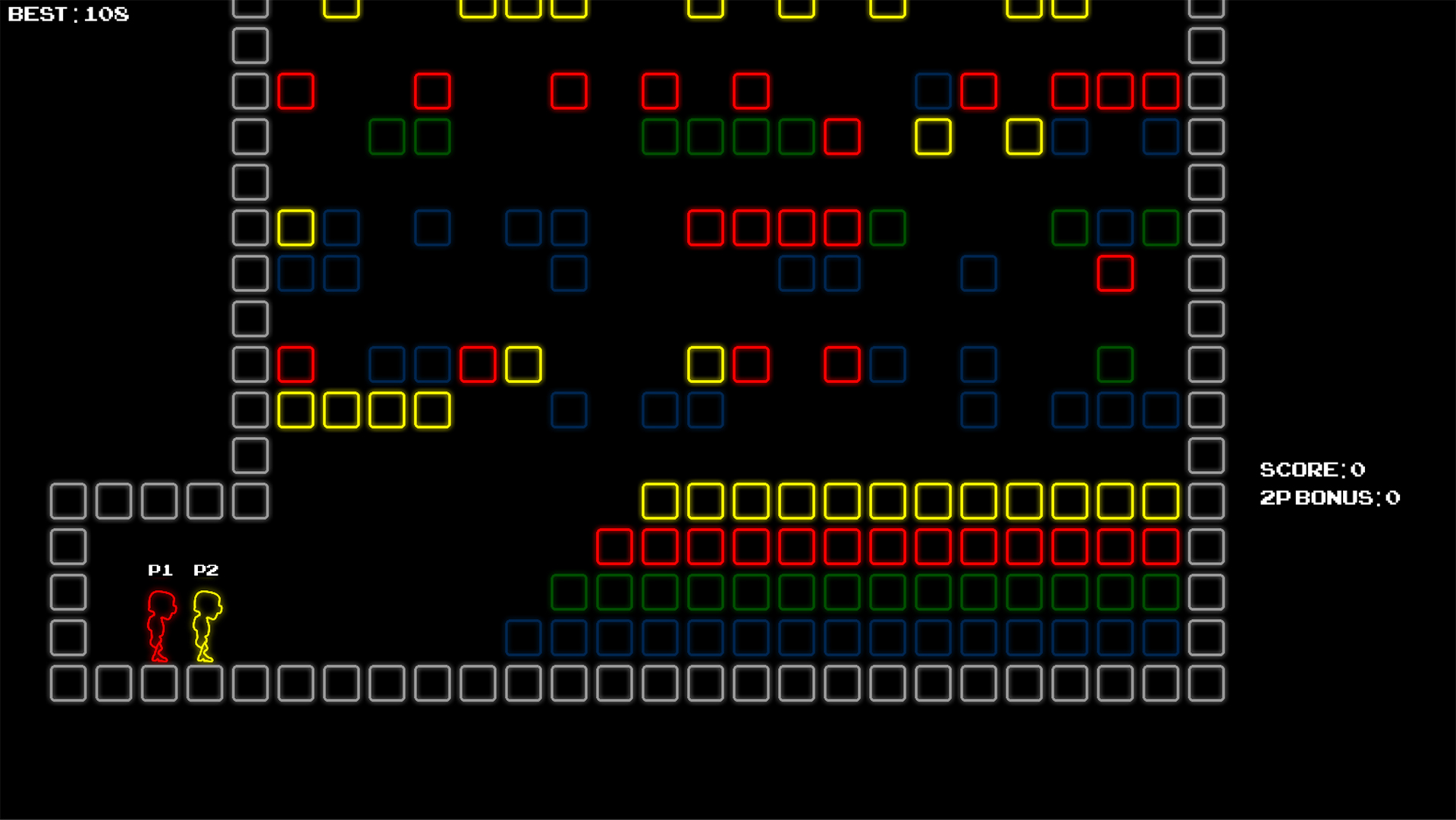 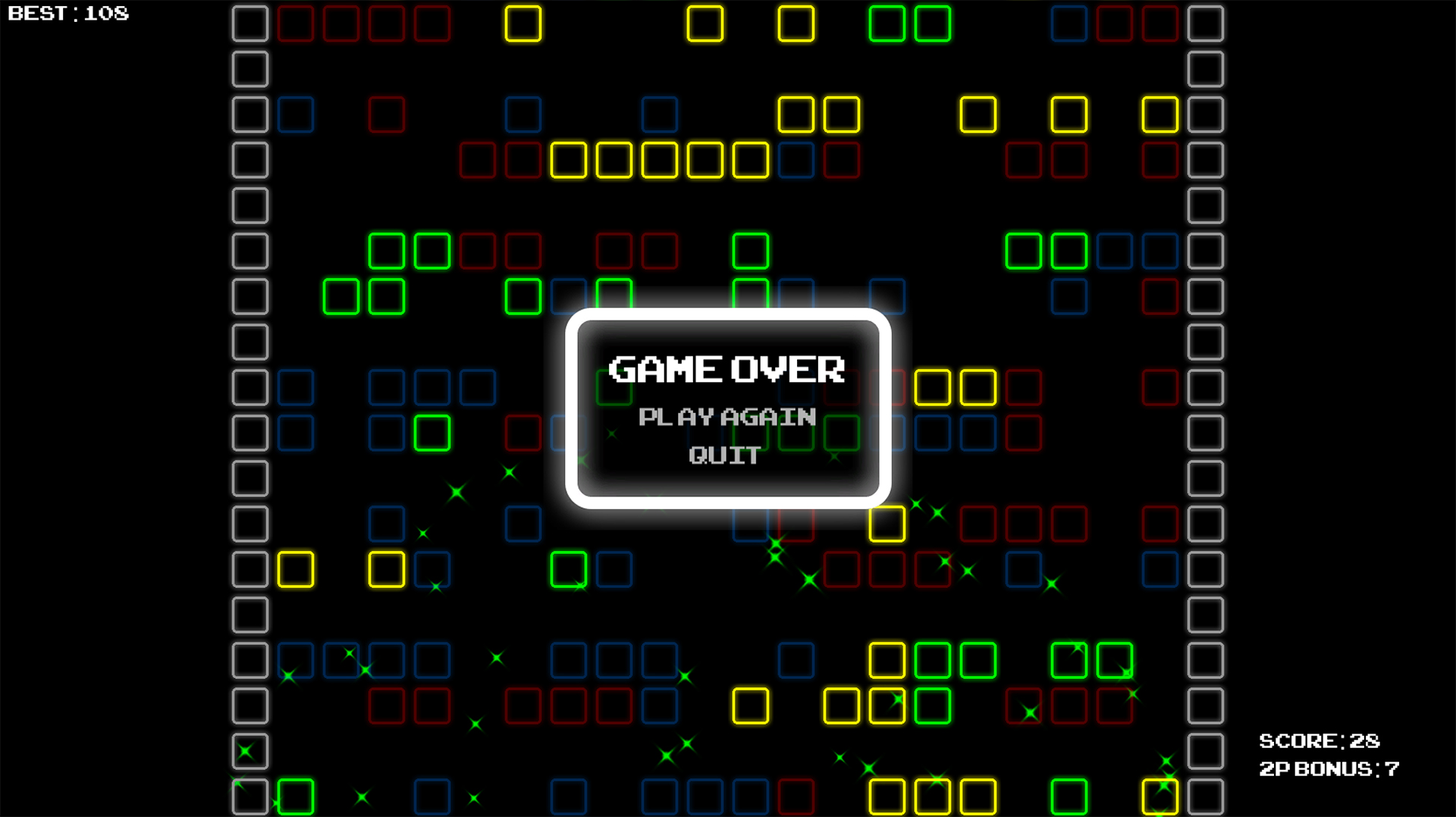 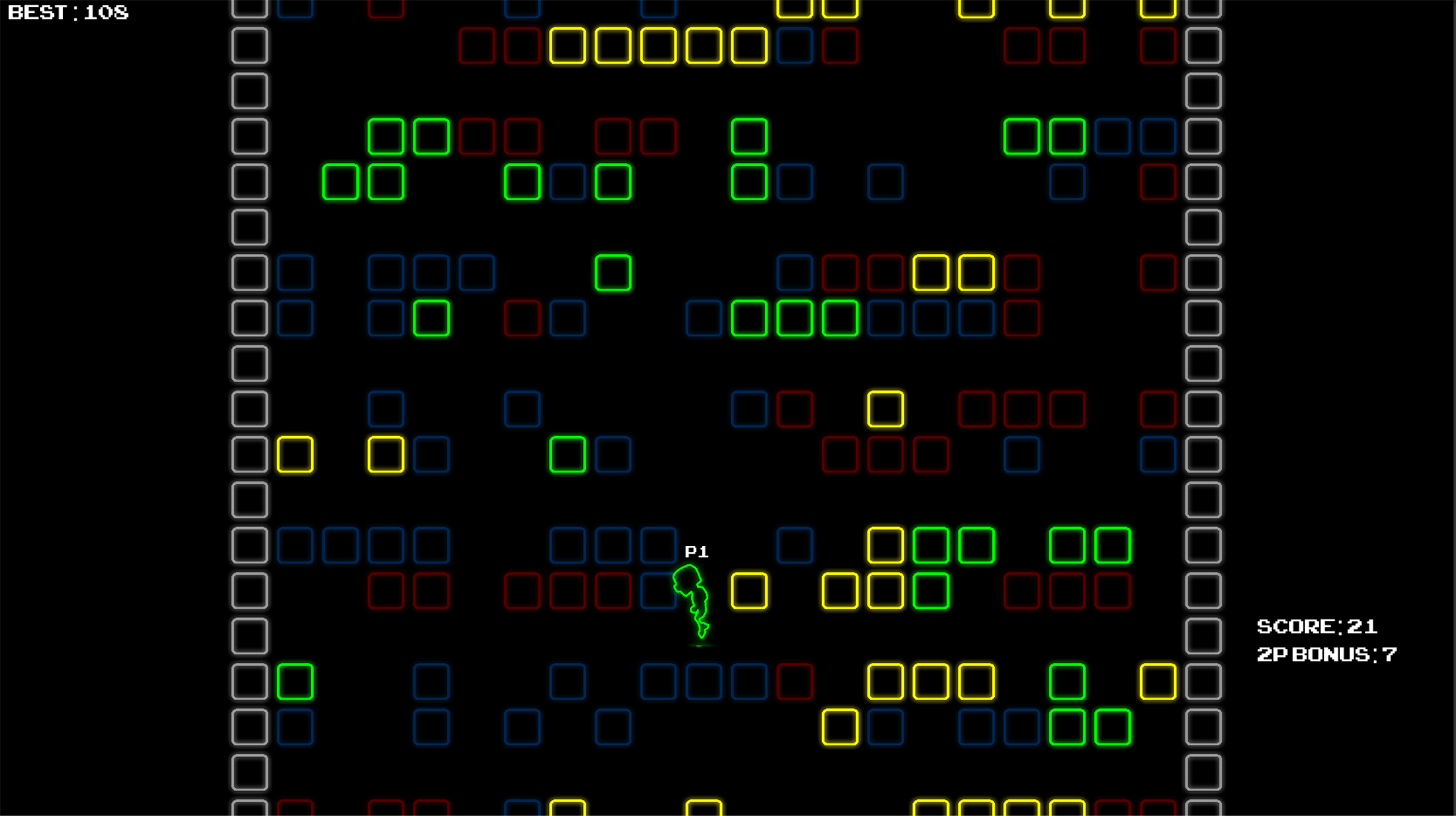 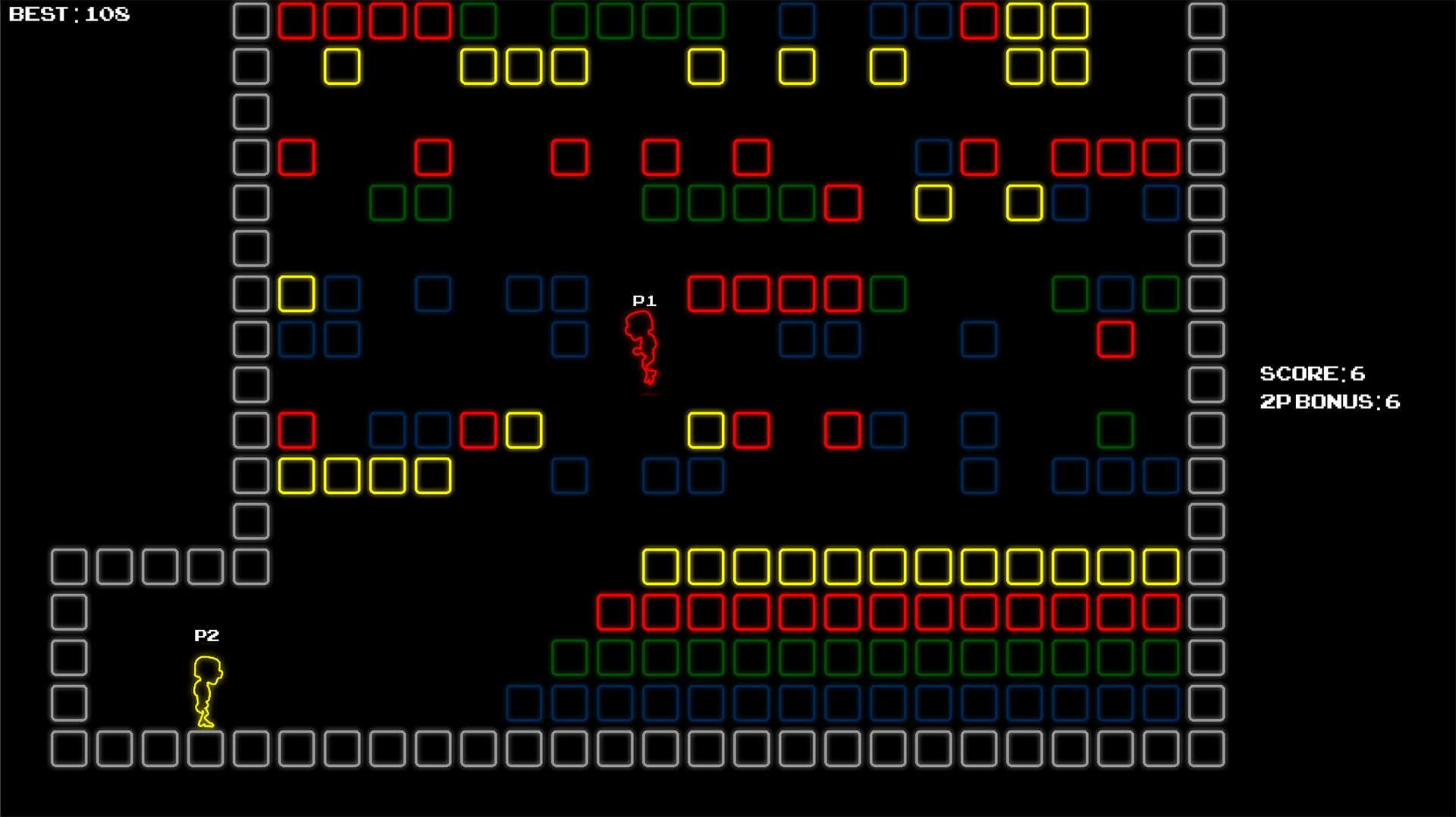 A hectic 2D multiplayer (local-only) platformer game for PC, created with Unity during the 2014 Global Game Jam. Each player controls an active colour, allowing them to stand on that colour of block. The screen moves upwards, forcing the players to work together by swapping colours and trying not to fall.

This game was created in 48 hours by Brent Mitchell, Matthew Miner, and I during the 2014 Global Game Jam in Waterloo, ON. The theme, which dictated the game design, was "We don't see things as they are, we see them as we are".

We enjoyed co-operative games, so we headed in that direction. After a game design pow-wow, we decided on the idea of a platformer where there are 4 colours of blocks, but only 2 may be active at once, each controlled by a player. We mapped each colour to a button on a game controller, so for instance, the A-button activates the colour green. Each player starts with one randomly active colour already in use. When you activate a new colour, your previous colour becomes inactive. This requires players to communicate very well with each other since one player may deactivate a colour while the other is jumping to that block. The screen gradually moves upwards, and players receive a score based on how high they can get. The level is procedurally generated. It's a very tough but hilarious game!

This was our first time using Unity's 2D mode. It was also our first time using a particular library allowing us to utilize Xbox 360 controllers. I was primarily responsible for the character controls, input, scoring, and procedural level generation. You can read a more in-depth account of this project on this blog post.