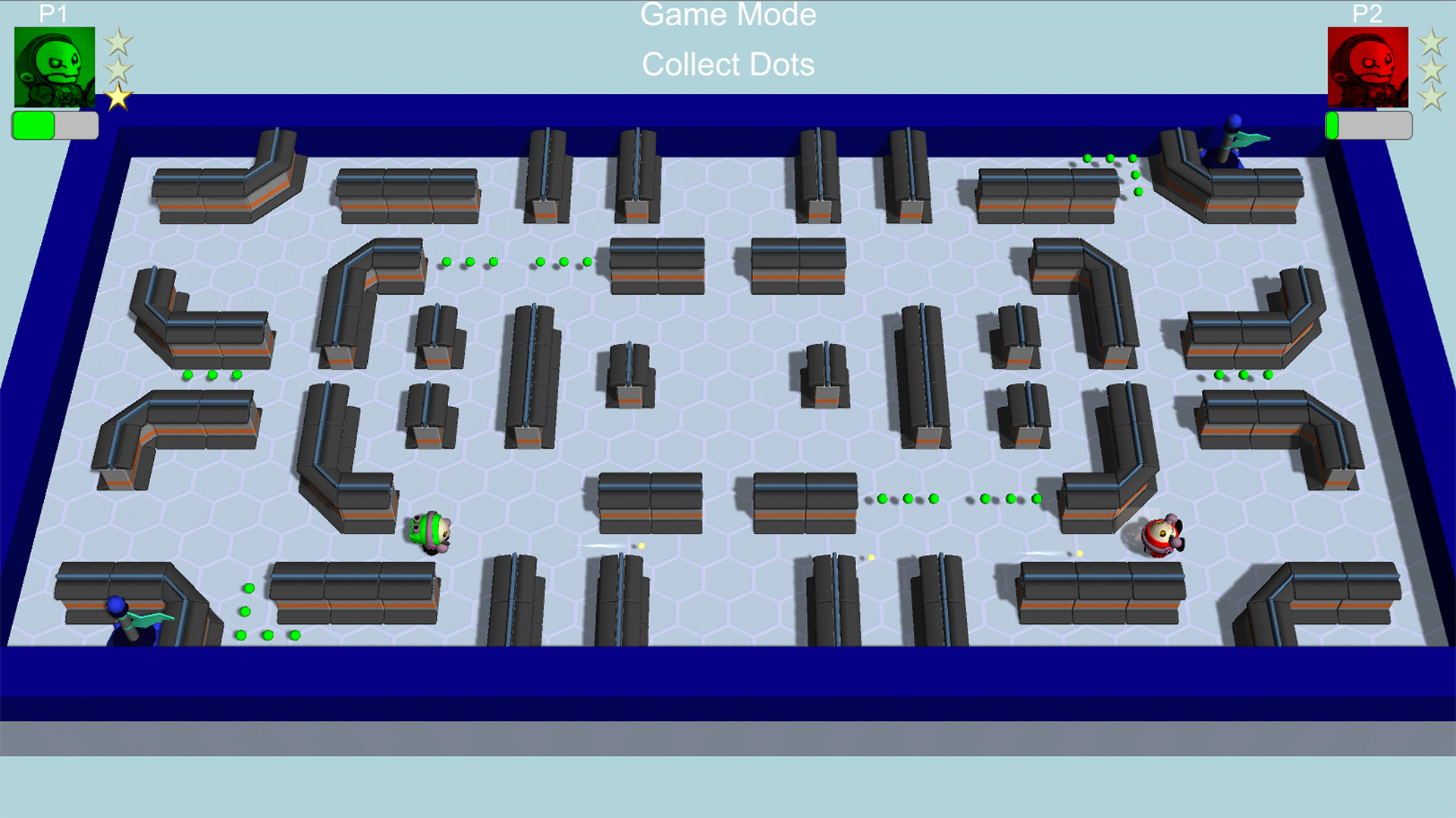 Created with Unity during the 2015 Global Game Jam. A top-down 3D multiplayer (local-only) game where players compete to win 3 rounds, where each round's objective is a randomly selected and undisplayed game mode the players must figure out.

This game was created in 48 hours by Brent Mitchell and I during the 2015 Global Game Jam in Toronto, ON. The theme, which dictated the design, was "What do we do now?".

We decided it would be fun to make a head-to-head multiplayer game with several game modes, one is randomly selected, but the players have to figure out what it is. This meant we'd need to create a good variety of game modes in order to make it challenging. The modes we managed to squeeze into the timeframe were:

After a player wins the round, a new round begins with a new random game mode. The first player to win 3 rounds wins the game.

My role on the project was programming the game modes and core framework of the game, along with the UI. It was the first time I used Unity's own non-programmatable GUI system, which I have used ever since.

The game is played with a game controller of your choosing and must be played by 2 people. Windows only. You can read more details about this game jam experience in my blog post here.