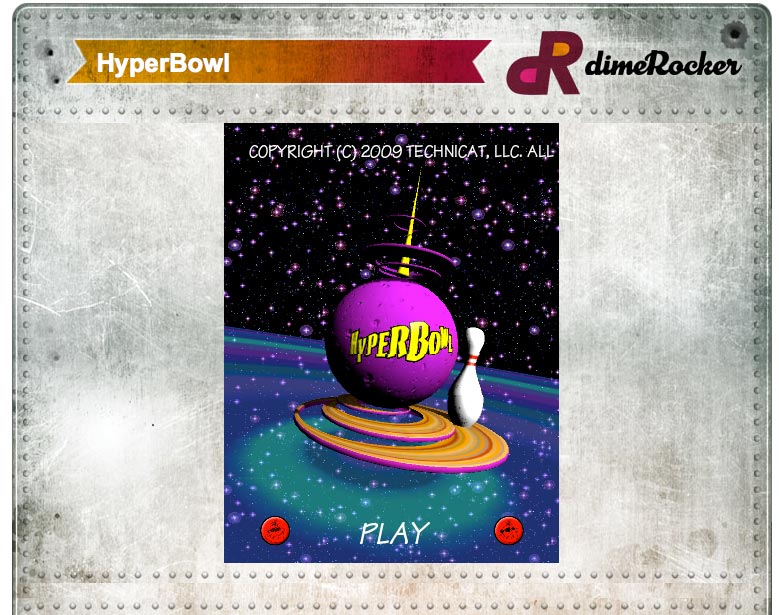 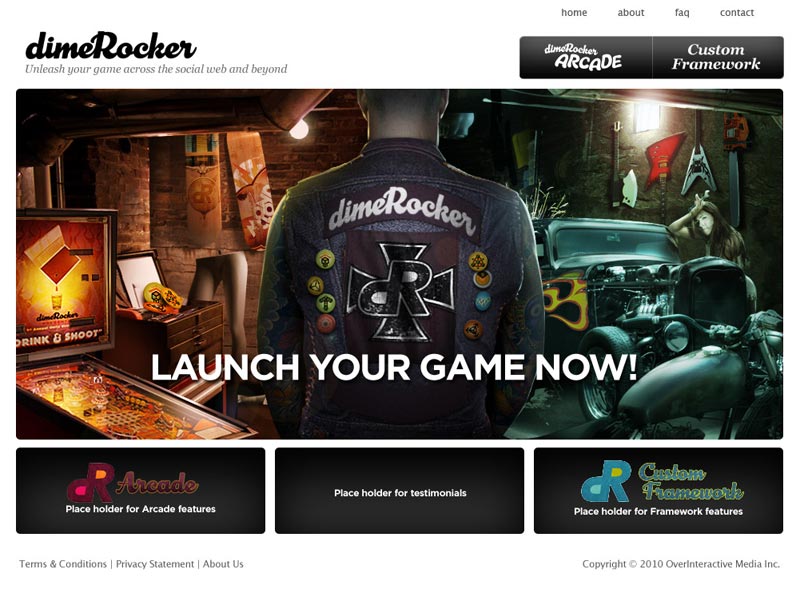 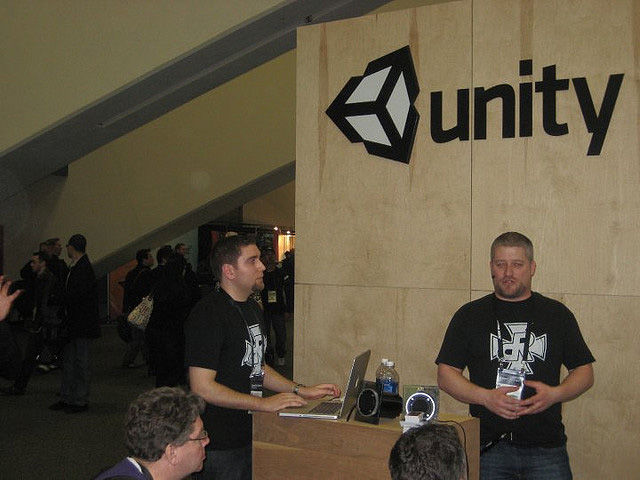 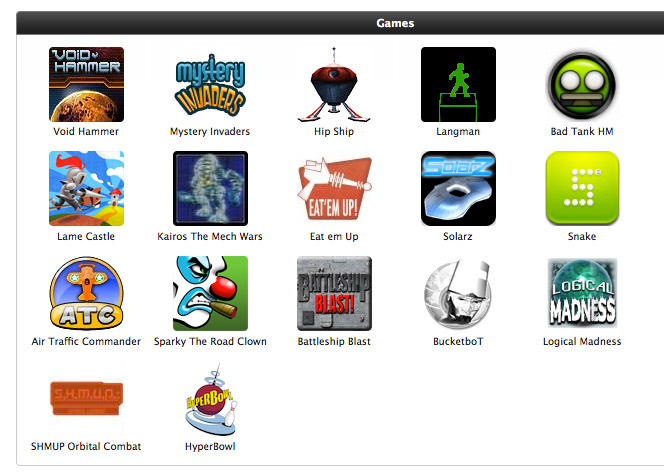 The dimeRocker platform allowed developers to deploy Unity or Flash web games to Facebook and MySpace without learning their respective APIs. Instead developers only needed to know the dimeRocker API, which included achievements, leaderboards, inventories, wallets, and access to social hooks such as wall posts and friends lists.

I was hired by Vancouver-based startup OverInteractive Media Inc. (OMI) straight out of school as their Lead Unity Developer. The Unity game engine was becoming increasingly popular but there was a lack of experienced developers in the area, so I lucked out a bit here. It was my first real job and I was one of the first employees.

OMI was creating a platform called dimeRocker. It allowed developers to deploy Unity or Flash web games to Facebook and MySpace without learning their respective APIs. Instead developers only needed to know the dimeRocker API.

I created the Unity and Flash libraries game developers needed to use in their games in order to use our platform effectively. This was an interesting responsibility because I was also made the contact game studios would speak to when they required assistance. This led me to assist and contribute to a number of Facebook games, as well as attend and speak at conferences such as Unite and GDC. Most of my time however was actually spent as a web developer (PHP, Facebook API, MySQL, MongoDB, JavaScript/JQuery, HTML/CSS), designing and creating backend APIs such as achievements and leaderboards.

Later during my time there we developed the dimeRocker Arcade, an app on Facebook used as a game portal for Unity and Flash games. Like the initial dimeRocker, we provided achievements, leaderboards, and social hooks. The difference being we displayed the features on the page for you, greatly reducing development time needed to implement UI and logic for achievements and leaderboards. Players had a gamer profile that included recently played games, achievement points, and high scores. The home page worked similar to Kongregate, with categories such as Featured, New, Popular, Hot, and Highest Rated.

Looking back on it, we accomplished a lot and learned a helluva lot too! OMI changed direction in 2011 and the dimeRocker API and dimeRocker Arcade are no longer available.